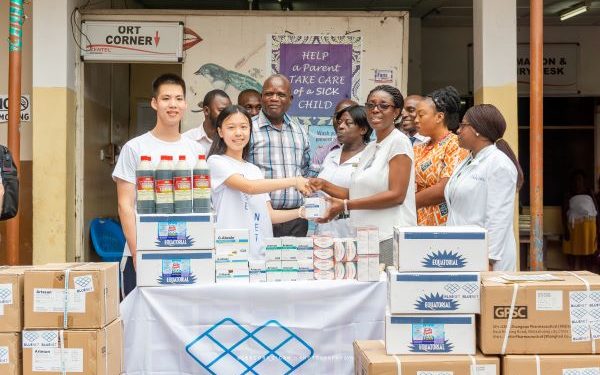 BlueNet Foundation, a student-based non-profit organization (NGO) in partnership with the National Malaria Control Programme has addressed some challenges facing the Princess Marie Louise Children’s Hospital by donating some medical drugs to aid in healthcare delivery.

The drugs, which is worth about $5,000 were mainly anti-malaria medicines which included Artesunate, a medication which cures severe malaria condition within the shortest possible time. 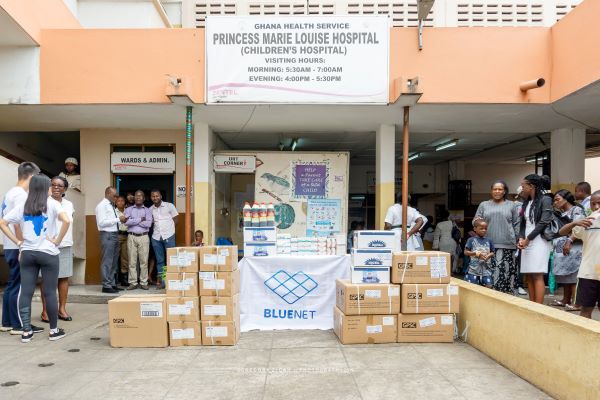 Sharing similar thoughts, Co-Founders of the Foundation Kathy Ruan and Michael Liu noted that the donation was aimed at treating Malaria patients in African Countries, particularly Ghana, through the purchase and distribution of antimalarials.

Kathy Ruan added that aside advancing her grandfathers legacy, the gesture was also designed to equip the hospital to win the fight against Malaria in the country.

“After learning about the malaria prevalence rate in Ghana and the efforts put in by institutions to help reduce malaria-related mortalities, we were inspired to raise funds for this exercise” she averred. 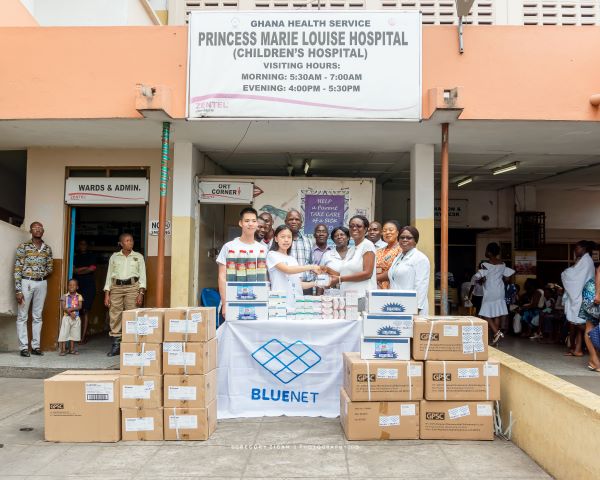 Kathy Ruan and Michael Liu pledged their unflinching support to fight the eradication of malaria in Ghana by adopting healthy relationships among hospitals in the country, which will keep the aim of their foundation sustainable.

Furthermore, they stated that their foundation will donate to the country at least once a year.

This, they said will be achievable by spreading awareness to other countries including China and raising more funds together with such countries.

“This will not just be a one-time thing, we will keep raising funds to fight against malaria in
Africa” they assured. 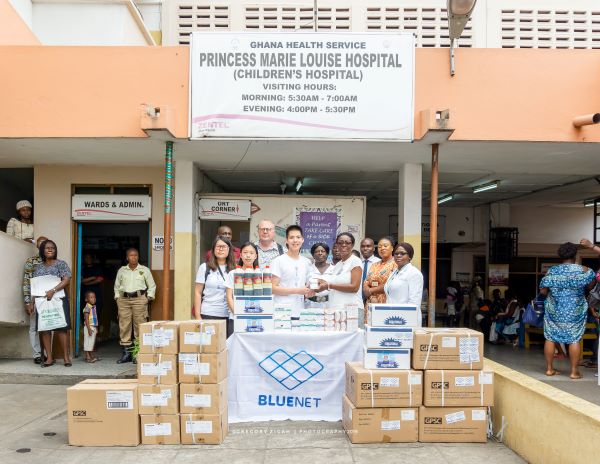 In her remarks, the Medical Superintendent of Princess Marie Louise Children’s Hospital, Maame Yaa Nyarko expressed gratitude for the benevolence shown to her by BlueNest Foundation.

She indicated that the donation will help relieve the financial burden from parents who cannot afford the treatment cost for their children who are suffering from severe Malaria conditions.

“This donation has come specifically to help children who come with severe malaria conditions. Now when children come in and cannot afford the medication, we can give these drugs to them free of charge for them to recover,” she stated.