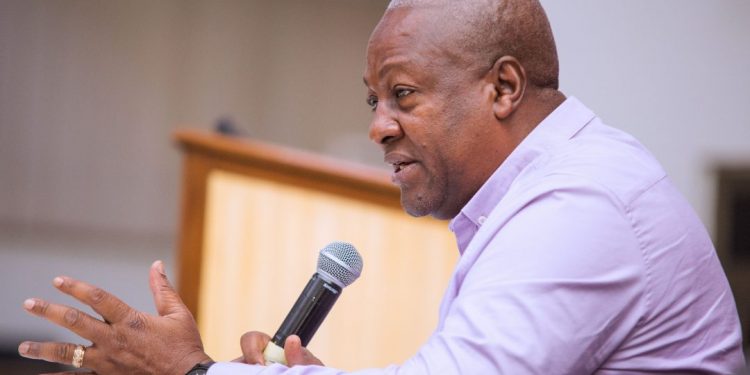 According to him, government wasted the commission’s time by rejecting 60% of its recommendations.

“The Emile short commission was set up and they came out with recommendations and it is the first time in history that I have seen a government reject over 60% of the findings of a commission of inquiry. All the key recommendations have been rejected and it makes nonsense of the whole sitting and I think it was a waste of Justice Emile Short’s time because all that work they did have been thrown out of the window by government. So, the impunity with which violence was perpetrated at Ayawaso has gone unpunished.”

Lamenting over government’s rejection of the recommendations on the assault of Ningo Prampram MP, Sam George, the former President said the White Paper set a bad precedent.

Mr. Mahama made the remarks when leadership of the Ghana Journalists Association (GJA) called on him to invite him to the 70th Anniversary celebrations of the Association.

He was hopeful that the Ayawaso West Wuogon by-election violence would not repeat itself on a larger scale.

President of the Ghana Journalists Association, Affail Monney, also used the opportunity to call on the former president to add his voice to the fight against the assault on journalists.

According to him the recent attacks on journalists may be signs of more physical assaults in the coming 2020 general elections.

The GJA President also urged the former president to use his influence to admonish his followers and the general public to desist from attacking journalists in order to promote free and fair electoral reportage.

Consider students and call off strike – Group appeals to TUTAG