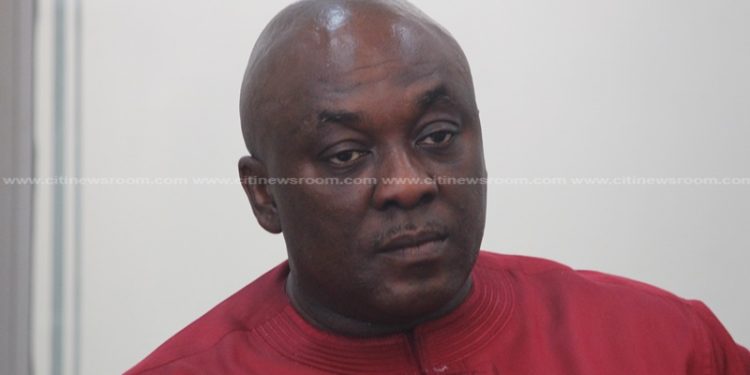 The Ministry of Trade and Industry has called on angry retailers across the country to exercise restraint and not take the laws into their own hands.

According to the Deputy Minister-in-charge of Trade and Industry, Mr. Carlos Kingsley Ahenkorah, even though it was obvious to them that some foreigners were breaking the law by engaging in retail businesses in the Ghanaian market, he called on the retailers to exercise patience as government find ways to resolve their issue.

The Deputy Minister made the appeal on Eyewitness News against the backdrop of an ultimatum given by the Ghana Electrical Dealers Association and the Ghana Union Traders Association (GUTA) for government to close down shops belonging to foreigners by Monday.

The groups accused the government of not fulfilling its promise of ridding the retail market of foreign traders despite several appeals and assurances.

Citing the closure of the Nigerian border to protect its country from the smuggling of goods into their country, the association said they will not tolerate the foreigners anymore.

But speaking on Eyewitness News, the Deputy Minister pleaded with the aggrieved retailers to be patient.

“I want to plead with my fellow GUTA members that no matter what the issue may be, they shouldn’t go on this tangent, they should exercise restraint. Ideally, it is not a law that lies in the bosom of the Trade Ministry, it is the GIPC that has that mandate but they [traders] see the Trade Ministry as their mother ministry or a ministry that is supposed to take care of their wellbeing. We are capable of solving this problem but we are just pleading with them to hold fire so that we don’t create a situation where people will start reading different meanings into the situation,” Carlos Ahenkorah appealed.

Members of GUTA and the Ghana Electrical Dealers Association in the Ashanti Region on Thursday demanded that all shops owned by non-Ghanaians be closed by November 4, 2019.

They said they will continue to push for such action until Government enforces laws barring foreigners from engaging in retail businesses.

According to the traders, the activities of the foreigners contravene the Ghana Investment Promotion Centre’s Act (Act 865).

Public Relations Officer of the association, Samuel Addo says they are giving a deadline of up to November 4, 2019 for foreigners to close their shops or face their wrath.

“Our deadline we gave to foreigners on our markets is long overdue and as such, we demand all foreigners to leave our markets and shut their shops. We are just implementing an Act or laws which our leaders have failed to do. Local businesses are dying and our businesses are collapsing. If a sister company can close its borders to protect its citizens, local businesses and to raise revenue for their country then, we can equally do the same,” he voiced.

Ghanaian retailers have over the years complained about foreigners invading the retail sector.