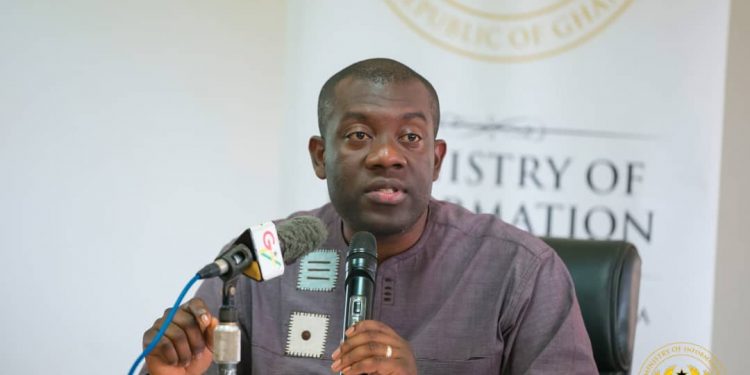 The Minister for Information, Kojo Oppong Nkrumah has said that the government’s planned and ongoing infrastructural developments will not cause it to overspend in the election year.

He said the government has worked on sourcing funds from various sources that will not have any direct effect on the fiscal account.

Speaking on the Citi Breakfast Show on Monday, he said President Nana Akufo-Addo has instructed the Economic Management Team not to compromise on the country’s fiscal discipline although there are plans to execute many infrastructural developments.

“So when you put that together with some of the other infrastructure work that are being funded off the immediate or short term fiscal [measures], then you can understand that you will still see some significant infrastructure works this year and next year while on the other hand you maintain the fiscal discipline that we brought back,” the minister said.

Many analysts have warned about Ghana’s consistent budget overruns in election years, a development blamed on successive government’s rush to undertake projects aimed at winning them more votes in the elections.

But Kojo Oppong Nkrumah says although the New Patriotic Party (NPP ) government is interested in embarking on many infrastructural developments, it will not in any way compromise fiscal discipline or go beyond the 5% cap on budget overrun.

“The President has been quite clear that despite the fact that we want to deliver on infrastructure and programmes, and so on,we cannot compromise on fiscal discipline…. If we do, then we undermine all the work that has been done in the last three years.”