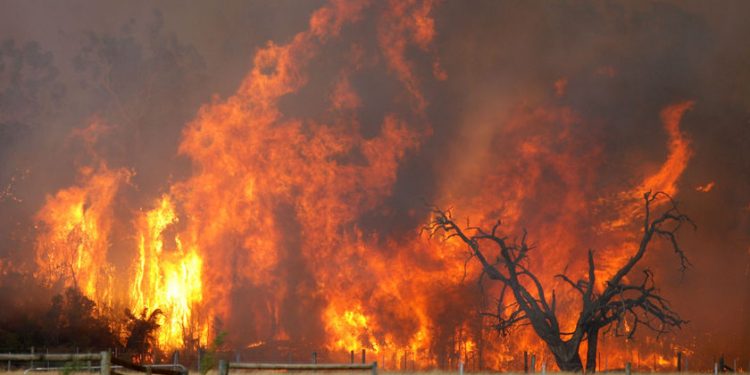 The Ashanti Regional Command of the Ghana National Fire Service has warned Ghanaians to be cautious during the harmattan season as fire outbreaks could be rampant.

It has thus cautioned the public to adhere to basic fire safety principles during the season.

In a statement, the command advised the public to, among other things, adhere to proper use of electricity and desist from setting fires indiscriminately.

“Members of the general public are to desist from activities such as misuse of electricity, electrical gadgets, illegal electrical connections; indiscriminate burning of rubbish/waste materials and disposal of smoking materials such as glowing cigarette butts, lit mosquito coils, faggots, etc.; unattended cooking; poor handling and misuse of naked lights such as lit candles, lit mosquito coils, lit matches and lighters; poor storage and handling of flammables and combustibles that could lead to fire outbreaks.”

The Command also advised the public to desist from setting fires without any control measures.

It suggested the creation of fire belts, the use of fire volunteers as well “the readiness of suppression means which include fire beaters, buckets of water, portable fire extinguishers, etc.”

During the harmattan period, there are a lot more reports of fire outbreaks due to the dry weather.

The fire spread easily due to the low humidity and dry conditions.

Earlier in January, four fuel trucks were gutted by fire near the Bulk Oil Storage and Transportation Company (BOST) depot at Buipe in the Central Gonja District of the Savannah Region.

The fire also gutted the Agbobloshie Komkomba Market affecting about 200 people whose make-shift properties were razed by the fire.

The Ghana National Fire Service is currently embarking on a Public Education programme aimed at preventing and controlling fire outbreaks within the harmattan period.