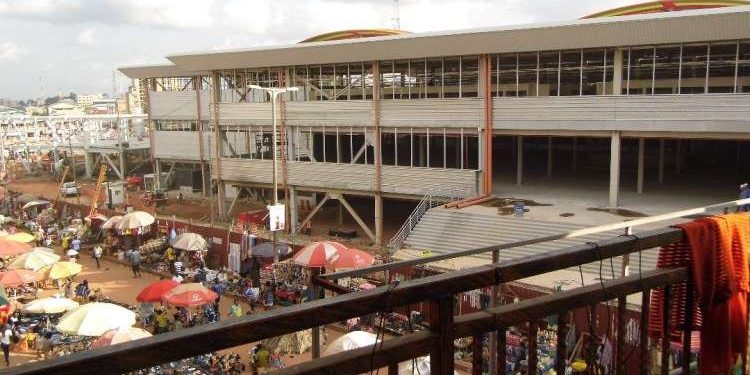 The Kumasi Metropolitan Assembly (KMA) has concluded negotiations with traders for them to move into the new Kejetia Market to pave the way for the construction of the second phase of the Kejetia/Central Market Redevelopment Project.
The KMA set the end of November last year as the deadline for the evacuation of all traders from the central market but had to extend the deadline in order for traders not to miss business during the Christmas season.

The traders, ahead of the November deadline, pleaded with the KMA to allow them to sell during the Christmas before being moved to the new Kejetia Market.

The KMA has, thus, given traders up to the end of January this year for their evacuation and the demolition of the central market to pave the way for the construction of the new market to start.

A team of officials from the KMA, together with the media in Kumasi, last Monday visited the central market to give the over 6,000 traders an ultimatum for them to evacuate to the new market.

The team was led by the consultant for Contracta, the construction firm executing the project, Mr Emmanuel Danso, and included the Administrative Manager of the Kumasi Central Market, Mrs Deborah Okrah.

With the aid of megaphones, the team amicably interacted with the traders and asked them to cooperate with the authorities during the evacuation period.

“So far, 98 per cent of processes leading to the movement of traders to the market have been completed,” Mr Danso told the traders and urged all those with concerns to go to the administrative office today for them to be addressed.

“All keys to the new shops are ready,” he added and said many of the traders refused to go for their keys, as advised, perhaps because they were busily trading during the festive season.

According to Mr Danso, materials for the project had all arrived in the country and being kept at the Kumasi Cultural Centre, waiting for the KMA to relocate traders for work to commence.

He assured the traders that unlike the first phase of the project which was delayed because of litigation with some private landowners, there would be no hindrance to the early completion of the second phase.

The redevelopment of the Kumasi Central Market is a €248-million project being financed by the Deutsche Bank of Germany, with export credit guarantee from the United Kingdom Export Finance (UKEF).

The project is being undertaken by Messrs Contracta Construction Ltd, a UK-based company, and is expected to be completed within 48 months.

Ghana’s mining communities are still not getting their just dues