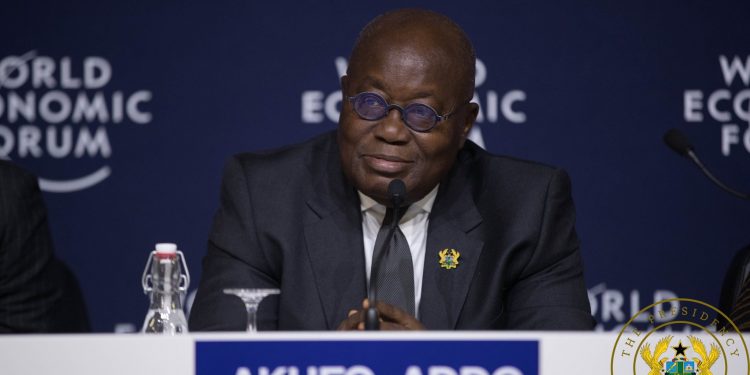 President Nana Akufo-Addo expects Ghanaians to appreciate the measures his administration hopes to put in place during the 2020 election year to avoid overspending.

Speaking at the World Economic Forum in Davos, Switzerland, President Akufo-Addo said the government will be guided by the Fiscal Responsibility Law in a bid to overcome recent election year trends.

“We take the view that assuming that we win and the economy is in disarray, that means that all the work that we did will have to be redone,” President Nana Akufo-Addo said.

He added that “it is better for us to maintain the discipline and accept that the Ghanaian people have a very clear understanding of what is required to be done for us to make the progress that we need to make.”

Ghana has been known to exceed its budget deficit targets by significant amounts in election years.

For the last election year in 2016, Ghana’s budget deficit target was 5.3 percent but the deficit widened to 7.8 percent.

The Fiscal Responsibility Act, along with the Public Procurement Act, the Public Financial Management Act are the main tools the government hopes to benefit from in a bid to ensure prudency.

These acts provide guidelines regarding prudent fiscal management and procurement.

The Fiscal Responsibility Act, for example, puts a 5 percent cap on the budget deficit that could be recorded in a fiscal year.

Despite the assurances, the Economist Intelligence Unit (EIU) has already predicted that the government will struggle to lower its expenditure in the run-up to the 2020 general elections.

“Moreover, the authorities will remain reluctant to lower public spending ahead of elections. The public­sector wage bill—together with high-interest payments and capital expenditure to help to deliver ambitious industrialization and infrastructure development promises—will drive expenditure increases.