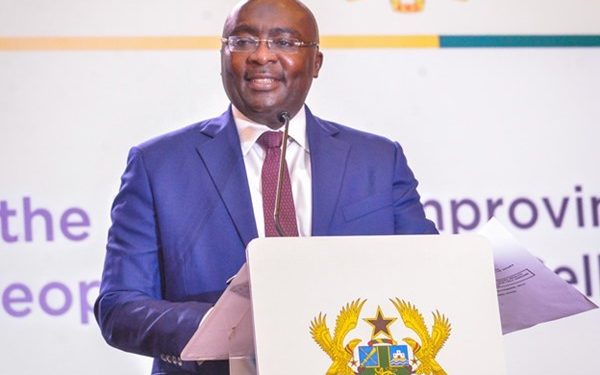 Vice President Dr. Mahamadu Bawumia has said the achievements of the Akufo-Addo government in the last three years surpass that of any other government under the fourth Republican constitution.

At the annual Council of Zongo Chiefs meeting in Kyebi in the Eastern Region, Dr. Bawumia said data available indicates that this government is not only performing better but also delivering on all its promises.

“When people are talking about the economy, they should speak in detail. I can tell you without any fear of contradiction that if you look at the management of the economy and compare it to our first term, there is no government that can match us in the Fourth Republic in the achievements of Nana Addo-Dankwa Akufo-Addo”.

The government maintains that the achievement of is administration is unprecedented but admits that a lot more needs to be done.

The New Patriotic Party (NPP) government continues to tout its achievement, saying the Ghanaian economy has seen a complete turnaround in 32 months since the Akufo-Addo administration took over the running of the economy.

Finance Minister, Ken Ofori Atta has maintained that economic growth has bounced back strongly from 3.4 percent in 2016 to an average of over 7 percent during the past 2 years.

The Finance Minister also disclosed that Ghana’s economic growth was also a result of the Akufo-Addo administration’s performance in fulfilling pledges and programmes.

Member of Parliament for Bolgatanga Central, Isaac Adongo recently hit hard at the governing NPP over what he says is the government’s no show in revamping the country’s receding economy since assuming office in 2017.

For him, the plights of entrepreneurs coupled with the chronic unemployment in the country are a result of the deliberate efforts by the government to create a hostile business environment, especially for the private sector.

Mr. Adongo who is also a member of the Finance Committee in Parliament intimated that the party intends to return to the ‘basics’ and introduce ‘common sense’ in managing the economy because the NPP has failed Ghanaians.

“We will go back to the basics. The basics are to deepen the financial sector to make more credits availble to the business community. That will begin to create more jobs because this syndrome of unemployment we see is because, for three solid years, SMEs have not received any funding. The private sector has been starved of funding and they are unable to produce. Secondly, We will introduce basic common sense. This common sense is to ensure that, we improve our fiscal management by generating more revenue and not what they [NPP] are doing today. All the time, it’s the same value they measure which doesn’t achieve anything.”