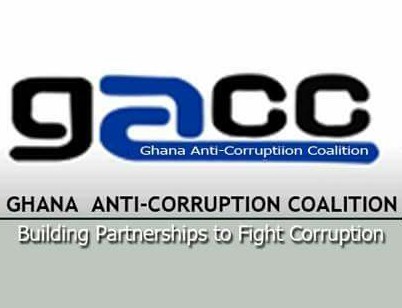 The Ghana Anti-Corruption Coalition has described as disappointing the findings made by the Auditor-General in its performance audit of the GETFund.

Further to this, the coalition says it supports the Auditor-General in its resolve to surcharge some named persons in the scholarship scandal report.

The Auditor-General has indicted the Ghana Education Trust Fund (GETFund) for breaching its mandate and illegally funding foreign scholarships in a performance audit of the fun.

According to the Research and Policy Officer of the Ghana Anti-Corruption Coalition, Mr. Samuel Harrison-Cudjoe, the revelations captured in the report are a clear indication of a betrayal of institution building, which is vital in curbing corruption in the country.

“We at GACC believe that it betrays an issue with institution building in Ghana. GETFund according to the Auditor-General’s report did not have any rule that guides it to give scholarships means that it was opened for abuse and anything was going to happen. The Auditor-General has said it’s going to surcharge some people and if anybody feels that, he or she is done, they can go to court but GACC we support the fact that the Auditor-General is surcharging the people with those amounts. We need to punish corruption so that people do not get to go into it”. He said.

The Auditor-General’s findings on GETFund.

The performance audit report said the GETFund Secretariat overstepped its mandate and administered the scholarship itself.

The report also said, “GETFund did not establish any systems, policies, and procedures to ensure the economic, efficient and effective use of public funds.”

According to the GETFund’s Annual Reports from 2012 to 2018, the secretariat spent GHS425,698,937 on scholarships on 3,112 beneficiaries out of which 2,217 persons were unlawfully granted scholarships to study abroad.

The Auditor-General report listed the Minister of Education, Matthew Opoku-Prempeh, the Procurement Minister, Sarah Adwoa Safo and the Executive Secretary of the National Council for Curriculum and Assessment, Prince Hamidu Armah and the Dean of the School of Business at the University of Cape Coast, Prof. John Gatsi as scholarship beneficiaries of the scheme in the past.

But GETFund in a statement said, “The aforementioned persons have not been awarded scholarships by the Fund under the current administration.”

Also in reaction to the report, the GETFund said its mandate was not limited to serving needy but brilliant students, in line with the GETFund Act 2000.

The Minister in a statement, however, described this claim as “false and calculated to cause embarrassment and public ridicule”.

He clarified that he was only a “recipient of GETFund award in 2014 to participate in a 3-week certificate program at the Kennedy School of Govt, Harvard University.”

He thus urged Ghanaians to disregard such claims.

The Executive Secretary of the National Council for Curriculum and Assessment also came out with a statement noting that his studies at the Aberdeen University in Scotland predated his entry into public service “by at least three years”.

Prof. John Gatsi has also said, he applied for the scholarship when he really needed the funds to complement expenses he had already made to complete his education in 2014.