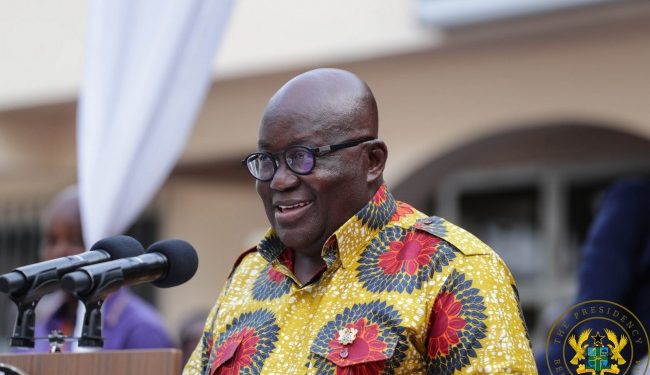 President Nana Akufo-Addo has promised the Chiefs and people of the Oti Region that his government will fix their deplorable roads.

The President said he will replicate the feeder roads model to have motorable roads constructed in the region.

Akufo-Addo made the announcement at a ceremony on Sunday at Nkwanta in the Oti Region while on a 3-day tour of the Oti and Volta Regions.

“Feeder roads are critical to us. We know the produce of many farmers gets rotten in the farms due to the deplorable state of the roads here. We will put an end to that. We will replicate the feeder roads cocoa construction model here so that we can cart all the foodstuff to the market. You will see the results soon,” he said.

The Region, which serves as a major food basket of the country has many of its farmers running at losses due to the difficulties in reaching markets to sell their produce.

The bad nature of their roads makes it difficult to transport the produce for sale. The construction of roads in the region is expected to help the farmers make the most out of their produce.

Meanwhile, President Akufo-Addo has cut the sod for the building of an Agric Directorate in Nkwanta and also to commission a Business Resource centre in Kadjebi.

President Akufo-Addo on Sunday commenced a 3-day working tour of the Volta and Oti regions.

The President’s visit will see him inspect on-going works on the Eastern corridor roads which have dominated media discussions.

In the Volta Region, the President will inspect on-going works and further use the opportunity to commission other projects. 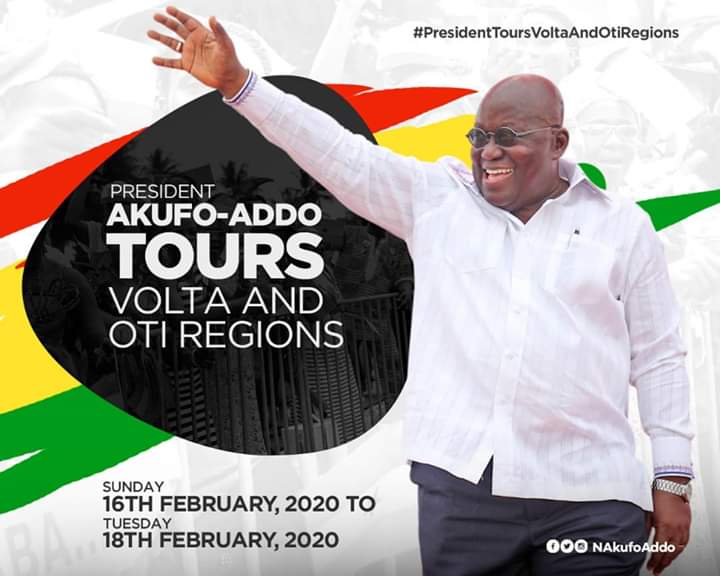