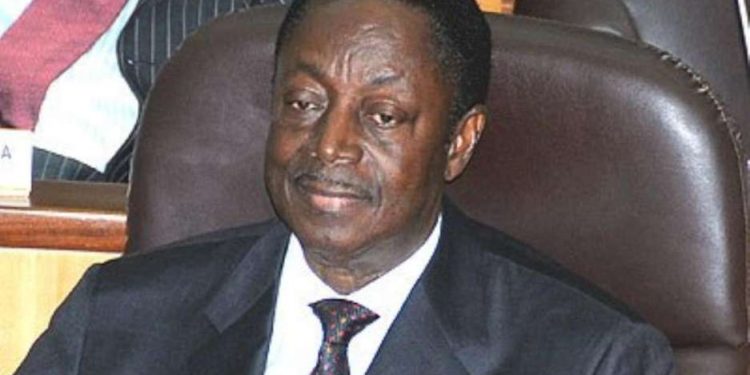 An Accra High Court has granted bail to the founder of now-defunct uniBank Dr. Kwabena Duffuor, former Deputy Governor of the Bank of Ghana, Johnson Asiama and seven others.

The bail was granted to the tune of GHS60 million with two sureties to be justified.

The accused persons are also required to deposit their passports at the registry of the court.

The nine persons are facing trial for their alleged embezzlement of GHS5.7 billion which is said to have led to the collapse of uniBank.

uniBank went into official administration on March 20, 2018, and eventually collapsed on August 1, 2018.

The local bank was one of five banks merged by the Bank of Ghana (BoG) into the Consolidated Bank Ghana Limited.

Official Administrator, KPMG, in the course of its duties discovered that about GHS5.7 billion was owed by shareholders of uniBank as of March 20, 2018.

The GHS5.7 billion was the focus of a previous suit by Nii Amanor Dodoo who was acting as the Receiver.

Among other things, the bank’s interest income and other sources of income were insufficient to cover the associated cost of funds of underlying borrowings and liabilities, as well as overheads of about GHS0.31 billion per annum.

These claims have, however, been challenged by the bank’s directors and Dr. Duffuor also sued to get the court to declare the license for the Consolidated Bank null and void.