Patrick Akpese writes: Who takes the wedding vows at the altar? The pastor or the couples? 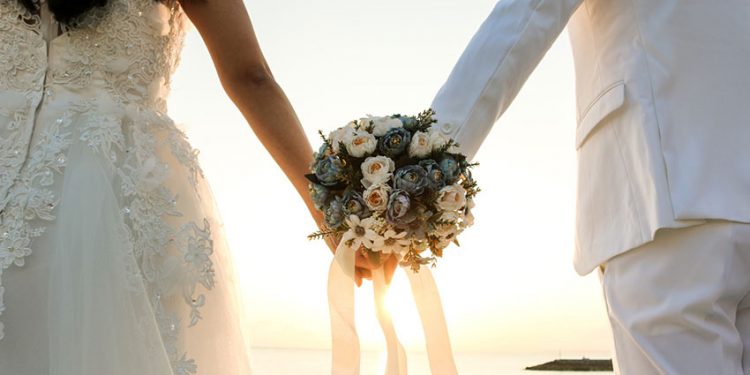 Wedding vows are crucial and integral part of the entire marriage, in fact what consummates the long time friendship to marriage union is that public vow.

Having attended several wedding ceremonies in Ghana, I have come to observe something very traditional which I think need a second thought, thus, the way and manner in which we take our marriage vows and the content of the vow itself.

Taking marriage vows have become a tradition rather than love covenant. If I best understand the philosophy behind marriage vows, it is to enable the couples remain committed to the marriage, express their love and not as an exertion of force by any third party but by their will and faith to dwell together till they both decide otherwise. If this is true, then are we sure the standardized vow has captured the feelings and intention of every couple? And must everybody who gets married in Ghana have the same vow? Do we all have the same intention for marriage in this era of complex ideologies?

Very well, like we always say in the spirit of the pulpit, it is an institution established by God and must be treated as such and I agree to the same believe when it comes to the tenets underpinning marriage. What about the vows? I mean the standardized one. In Genesis 2:23, Adam got up from his deep sleep to see Eve, his helpmate for the first time yet he declared willingly without Gods consent “this is now bone of my bone and flesh of my flesh, she shall be called woman, because she was taken out of man” . I belief God was there as a witness and never uttered a word or instruction. To call someone your wife or husband should be out of the individual.

I have a lot of questions bothering my mind and I believe many other individuals are worried too. The priest or pastor who always leads the couples to recite the vows after him, does so after thoroughly reflecting and praying over, but what about the couples who are the main reason for the vow? So the priest or pastor takes the vow first and the actual couples recites like a poem after him without any sober reflection. I believe many people present who have become wedding fanatics equally recite it and even faster than the couples because it is the ritual of the day. Unfortunately, this standard vow is not universal neither does it become necessary in any legal jurisdiction but a Westernized Christian norm.

Time is changing very fast and the generation today has become so complicated and sophisticated, with information overload making them question almost everything including those we considered sacred. I had a discussion with a young man who was preparing for marriage few years ago. According to this gentleman, he doesn’t feel comfortable with some portions of the standard vow. As curious as I was, I quickly asked him the exact portions and he made it clear. He said words like “for better, for worse, in health and in sickness, for richer, for poorer” was his problem. He doesn’t understand why the clergy should be leading people to pronounce what he considered curses instead of saying for better for best, in good health and riches. Well that was his opinion but it made sense in a way.

Personal vows must begin to take over from the 1549 prayer by Archbishop Thomas Cranmer in his Book of Common prayers which has become the standardized vow for most Christian marriages. The believer is still praying and will continue to pray so why hold on to someone else’s idea of prayer for marriage? To the Catholic, yes, it is a form of ritual in their belief, what about the others? Personal marriage vows are a pledge of life, soul and faith in the second person that culminate the commitment of the couples like nothing else.

Do we even consider how embarrassing it is for couples who are not well educated to pronounce some of the traditional words like “solemnly” “matrimony” and the others yet we never find any similar and comfortable words in replacement of those? Just because it is a tradition. Must we always conduct it in English as it is commonly found today? The European will not take their vows in Akan or Dagbani so why can’t we use our local language if the need be?

The personal marriage vow can become an official document gazette by the pastor. I believe this should be given to both parties individually to sit down and reflect over its content and prayerfully compose this for the union they are aspiring for. The pastor or priest should be given a copy and the parties allowed to read this maintaining close eye contact before the congregation. On this day, the pastor becomes a representative of God to bear witness to the vows, the congregation serves as witnesses of the vow as it is the true feeling and reflection of their heart and not a traditional.

In my opinion, personal vows should well documented, laminated and given to the couples in addition to their marriage certificate signed by the pastor as a true witness and both parties. The lady must present her vow as well as the man. I believe this way, the couple will understand they owe allegiance to one another and not the priest or pastor.

However, my opinion on personal vows is not to be compared to the emerging system in the western world where the couples are allowed to set the pulpit ablaze with love poems and vows they cannot remember the next minutes and just for the pleasure of those present.

It is time for us to know what defines us as Ghanaians and Africans at large. If we continue practicing religiously, what has been handed over to us by the whites, we’ll always have people saying Christianity is a scheme by the Europeans to serve as opium to the blacks in order to kill their creativity.