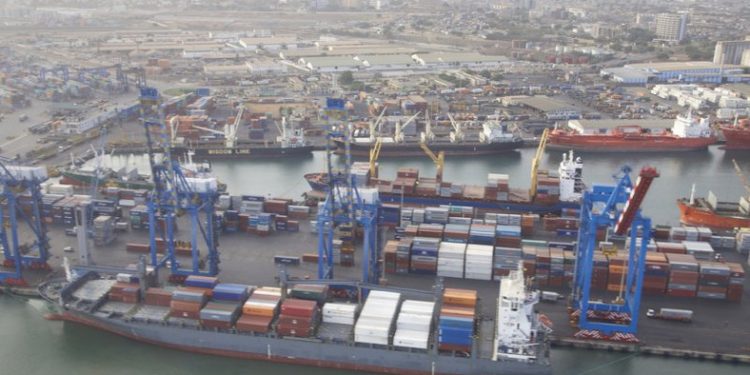 The Concerned Freight Forwarders and Traders Association (COFT) is planning a massive demonstration at the Tema Port.

The group says the demonstration is to protest the shipping lines’ decision to claim ‘demurrage and rent charges’ on cargo at the country’s ports despite a directive from the Transport Minister, Kwaku Ofori-Asiamah instructing them to halt such charges.

The Chairman of the Association, Oheneba Akwasi Afrawua said they are being taken advantage of by the shipping lines.

“And when they come to Ghana, they want the traders to suffer and pay for demurrages. We the freight forwarders are going to do a massive demonstration and make sure no shipping line operate because we cannot sit down for this thing to happen continually.”

Demurrage is a charge payable to the shipping lines or owner of a chartered ship on failure to offload your goods within the time agreed.

The Minister had directed the Ghana Shippers’ Authority to suspend all applicable charges such as demurrage or detention and storage rent charges on all cargo that had remained uncleared since the partial lockdown came into effect on 30th March 2020.

In a letter to the Ghana Shippers Authority, the Minister had explained that this is to ensure that shippers and other stakeholders do not take actions that may thwart government’s efforts at stemming the spread of the virus on the basis of preventing the accumulation of costs in the clearance of their cargoes.

The Minister’s directive was given after the Ghana Union of Traders’ Associations (GUTA), had petitioned the government to compel the GPHA and the shipping lines to refrain from claiming demurrage and rent charges on cargo at the country’s ports during the period of the partial lock-down.

They said, “It is very sad that while most of our members cannot move out freely because they are all adhering to the restrictions announced by government, the shipping lines are asking that since they are still working, our members whose goods have arrived at the ports should clear them or pay demurrage if the containers continue to remain at the ports during this lockdown period,” the statement noted.