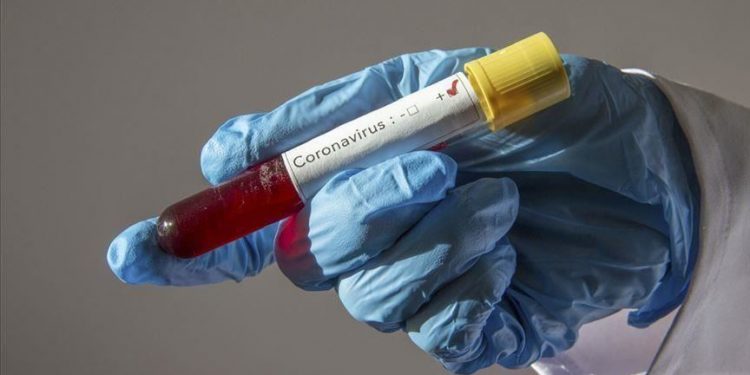 The Kumasi Metropolitan Assembly has described as false reports suggesting that 11 out of 12 Togolese detained in the Ashanti Regional capital, Kumasi, had tested positive for Coronavirus.

According to a press release issued by the Assembly and signed by its Public Relations Officer, Henrietta Afia Kunadu Aboagye, “A letter signed by the Metro Health Director to the Regional Immigration and copied to the Metro Chief Executive indicated that the test for COVID-19 on the twelve (12) Togolese all proved negative. The Assembly has referred the said Togolese to the Ghana Immigration Service for action.”

Some media outlets had stated that 11 of the immigrants had tested positive for Coronavirus.

The KMA explained that the Togolese, numbering 12 were travelling from Kwame Seikrom to Pwalugu but missed their bus at Race Course.

Per the KMA press release, the station chairman upon realising their nationality drew the attention of the Bantama Sub-Metro administrator who called in the Metro health team for COVID-19.

They were subsequently “held up at a private residence in isolation,” according to the release.

KMA in the release urged the general public to disregard any report as such that convey that the said Togolese tested positive.

Below is the full statement. 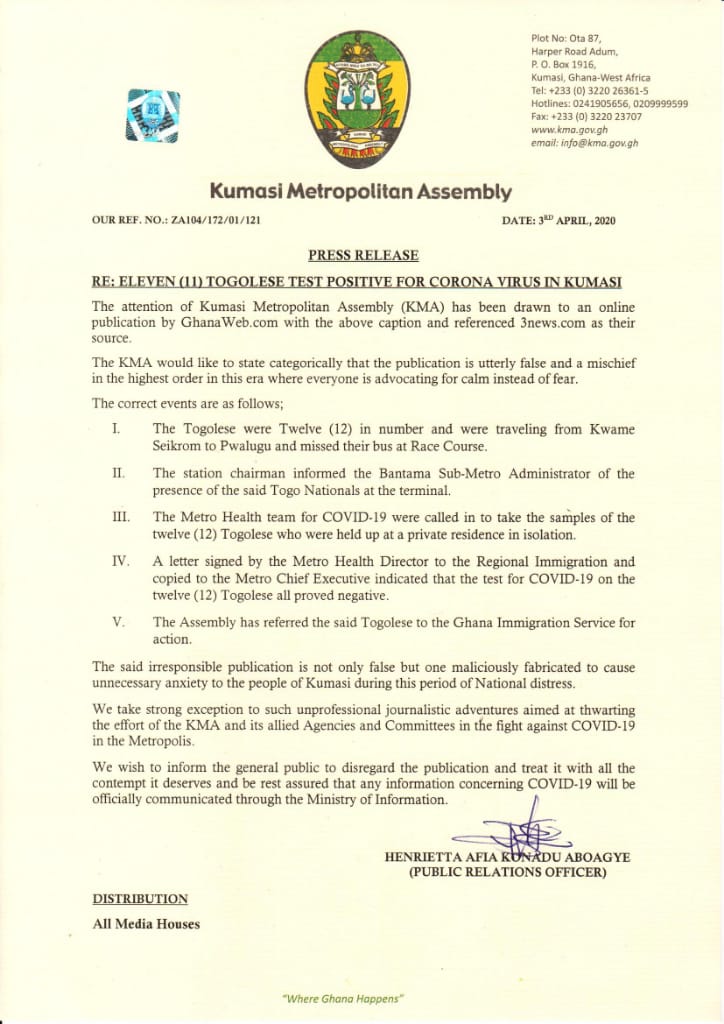