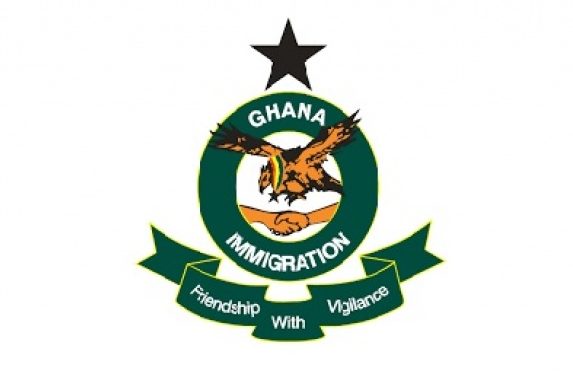 Some 19 Burkinabe nationals have been arrested at the Savelugu inland post in the Northern Region for entering Ghana illegally.

They have subsequently been repatriated.

According to the Ghana Immigration Service (GIS), the Burkinabe nationals were onboard an OA transport vehicle with registration number GT 8242-19 en route to Accra when they were arrested.

A statement from the GIS said the Burkinabes who used unapproved routes into the country attempted to bribe the men at the post to allow them to continue their journey, but the officials rejected the offer.

“Upon interrogation, it was revealed that they used unapproved routes into the country. Each of them offered GHS100 to the officers to be allowed to continue their journey. This, the officers rejected,” the release disclosed.

“The officers asked that they are sent back. The driver of the vehicle was very cooperative with the officers. Due to the fact that some Ghanaian nationals who were also onboard the vehicle could be inconvenienced, a call was placed to the manager on the OA Transport company, named Kingsley, who arranged for another vehicle from Tamale to convey them back to the Paga Border post to be repatriated.”

Ghana has closed its land, sea, and air borders and is not allowing the movement of public buses except it is transporting goods and cargo.

The move is part of efforts to stop the spread of Coronavirus in the country, yet some foreigners continue to illegally find their way into Ghana.

Since the border closure, about 40 Burkinabe nationals have been arrested in the Northern part of the country using unapproved routes to enter the country.

Confirmed cases of coronavirus in Ghana

Read below the full release below 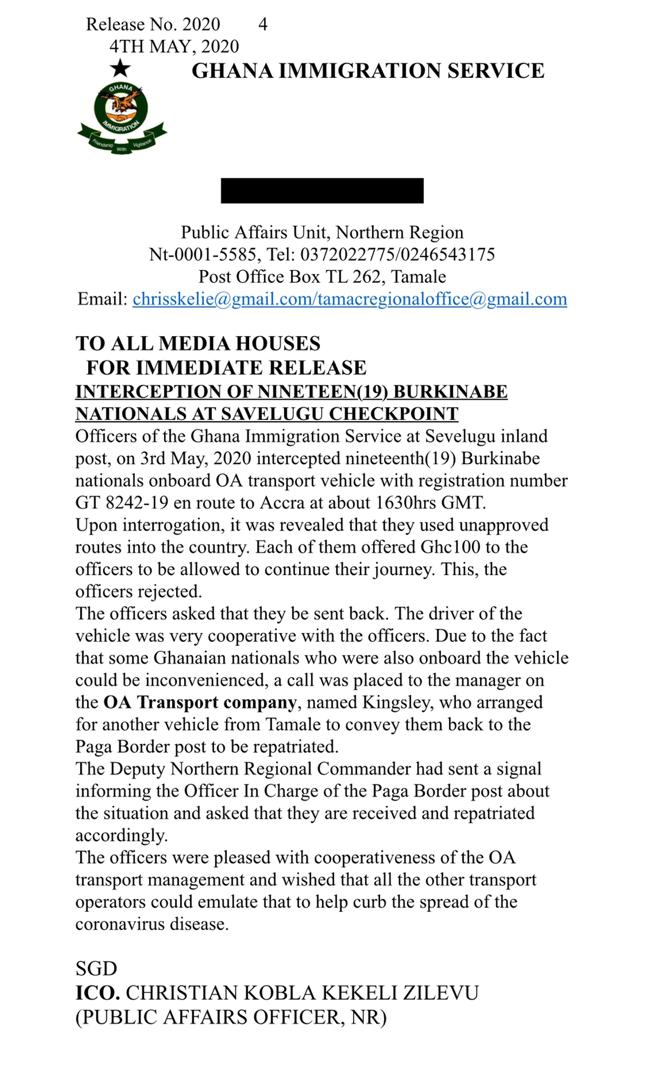 Don’t embarrass yourself; look at the data before you speak – Bawumia to Mahama