NPP to acclaim Akufo-Addo as its presidential candidate today 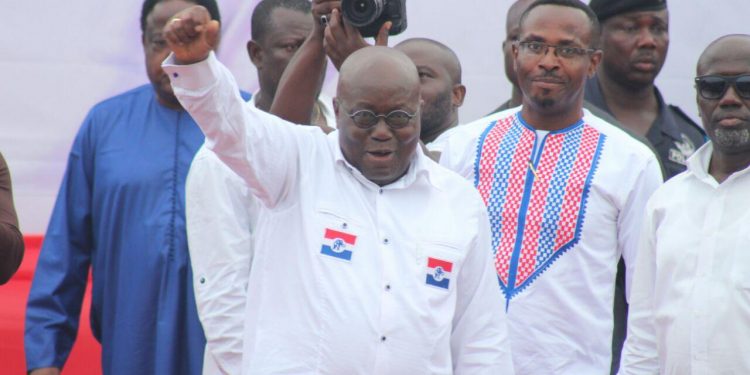 President Akufo-Addo was the sole candidate who filed his nomination to contest in the 2020 Presidential Primaries for the NPP.

The acclamation of the Presidential Candidate together with his Running Mate will be done at a special National Council meeting of the Party at the Alisa Hotel in Accra.

The acclamation was preceded by a meeting of the National Executive Committee (NEC) on Friday.

Article 13 (2) (1) of the NPP Constitution provides for acclamation where there is a sole candidate for the Presidency by the close of nominations.

President Akufo-Addo would have been acclaimed with the full party’s congress in attendance, but the novel coronavirus pandemic has made this impossible.

The acclamation will happen before a National Council instead.

After his acclamation, the President shall, in consultation with the National Council, nominate his Running Mate for the 2020 General Elections.

President Akufo-Addo is expected to maintain Dr. Mahamudu Bawumia as his running mate.

The NPP also organised parliamentary primaries in constituencies it has Members of Parliament last Saturday, June 20, 2020.

Mass testing will not reduce spread of coronavirus - Nsiah Asare