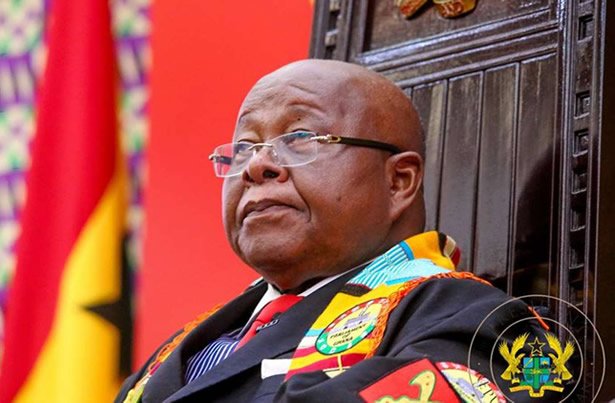 The Speaker of Parliament, Prof. Mike Oquaye has ordered a parliamentary probe into the botched Saglemi housing deal.

Prof. Oquaye has given a joint committee of Parliament two weeks to look into the deal and report the findings to the House.

The Constitutional, Legal and Parliamentary Affairs and the Works and Housing Committees have been tasked to conduct the inquiry.

“The House’s Committee on Works and Housing and leadership of Constitution and Legal committee are enjoined to look into this matter which has appeared before the House in all its aspects and report as a matter of urgency to this Honourable House within two weeks,” he ordered.

On Thursday, [June 4, 2020] the Minister for Works and Housing, Samuel Atta Akyea served notice that all former officials involved in the 200 million dollar deal will face prosecution.

A former deputy Minister of Works and Housing under the Mahama administration, Sampson Ahi, later described the threats of prosecution as needless.

Speaking on Eyewitness News, Mr. Ahi said there was no basis for Mr. Akyea’s suggestions of criminality in the matter.

In his view, since the Minister is awaiting a report on the value for money audit “it is strange that the Minister [Akyea] since 2017 has been threatening former ministers with court action.”

“If you are still in the process of auditing, why are you threatening to take people to court,” he added.

Atta Akyea in 2018 said the housing units that had been built so far lacked essential amenities such as water, electricity and drainage systems.

The first phase of the $180 million project was inaugurated by then-President John Mahama on June 15, 2016.

The entire project was expected to produce 5,000 housing units for low and middle-income earners in the country.

In the first phase of construction, 180 apartment blocks comprising over 1,500 flats were built near Tsopoli in the Ningo-Prampram District but the current administration has raised several questions about the project including claims about the lack of the original contract document.