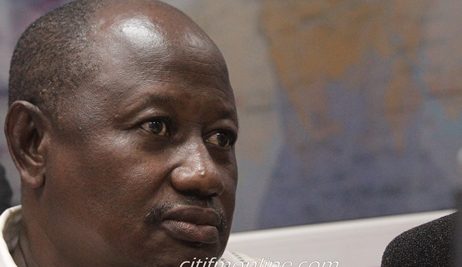 Former People’s National Convention (PNC) Member of Parliament for Bolgatanga Central, David Apasara has declared his intention to contest for the presidential seat in the upcoming December 2020 polls.

He said he will contest on the ticket of the PNC.

Mr. Apasara says he wants to change the dwindling fortunes of the party.

While acknowledging that the party has performed abysmally in recent national elections, he said he knows how to ensure that the party becomes very vibrant and gain great influence within the country’s political space.

Speaking to Citi News after what he calls an extensive consultation with party stalwarts and his family, Mr. Apasara says he is ready to lead the PNC to victory.

“I know how to do it, I have done it before and I know what to do to bring this party back,” he indicated.

He is not the first member of his party aspiring for the high office of the president.

The Executive Secretary of the Importers and Exporters Association, Sampson Asaaki Awingobit in February 2020 also declared his intention to contest as a presidential candidate in the 2020 general elections on the ticket of the People’s National Convention.

He said his decision is borne out of the desire to serve the country and contribute to its socio-economic development.

“I have been serving all my life. I’ve realized that I have an interest, and I am eyeing the PNC presidential candidate slot and I want to use this opportunity to announce [this] to all the PNC fraternity in the country including Ghanaians who know that there is the need for a 3rd force party,” he said.

He had also pledged to ensure that the PNC becomes again, a vibrant political party.

“My face alone will bring in more youth, I will inspire more youth to come to the party. I can convince, I will let you understand what I will be bringing to the table…I am well equipped and I will bring that image, that new thing, that new face, onto the political limelight in the country,” he said.

The National Secretariat of the People’s National Convention (PNC) is yet to announce a date for the party’s presidential primaries to elect a flagbearer ahead of election 2020.

The party’s National Chairman, Bernard Mornah in a statement last year to congratulate the NDC for electing a flagbearer said the party within the “shortest possible time” will elect its flagbearer for the 2020 election.

He said the PNC will embark on an internal retooling process that will lead it to elect a candidate “who will offer Ghanaians an issues-based campaign.”