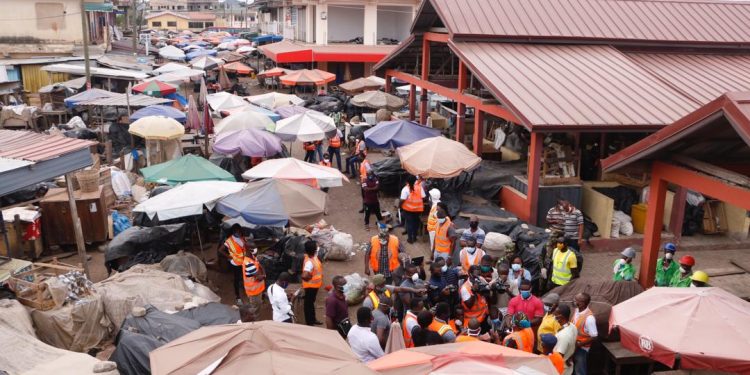 Markets in the twenty-nine (29) metropolitan, municipal and district assemblies (MMDAs) in the Greater Accra Region on Monday benefited from a massive clean-up exercise.

The exercise was organised by the ministry of local government and rural development (MLGRD), in collaboration with Zoomlion Ghana Limited.

It followed the launch of a nationwide mass disinfection exercise in markets by the MLGRD and Zoomlion aimed at tackling COVID-19 which exercise kick-started in the Greater Accra Region on Sunday. 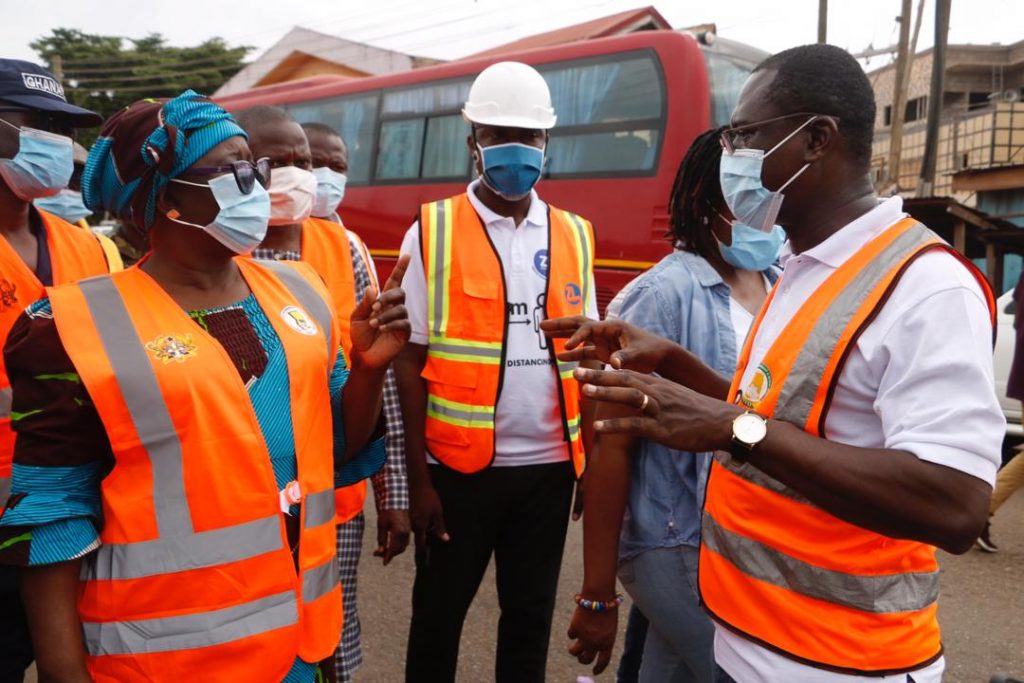 Military and police personnel provided security and support to the MMDAs and Zoomlion during the exercise.

As of 7:30 a.m., workers of Zoomlion were at the Dome market, cleaning up the place, with several police officers there to provide them with security.

The workers also swept the shoulders of the streets and collected the refuse into garbage trucks and tricycles for disposal. 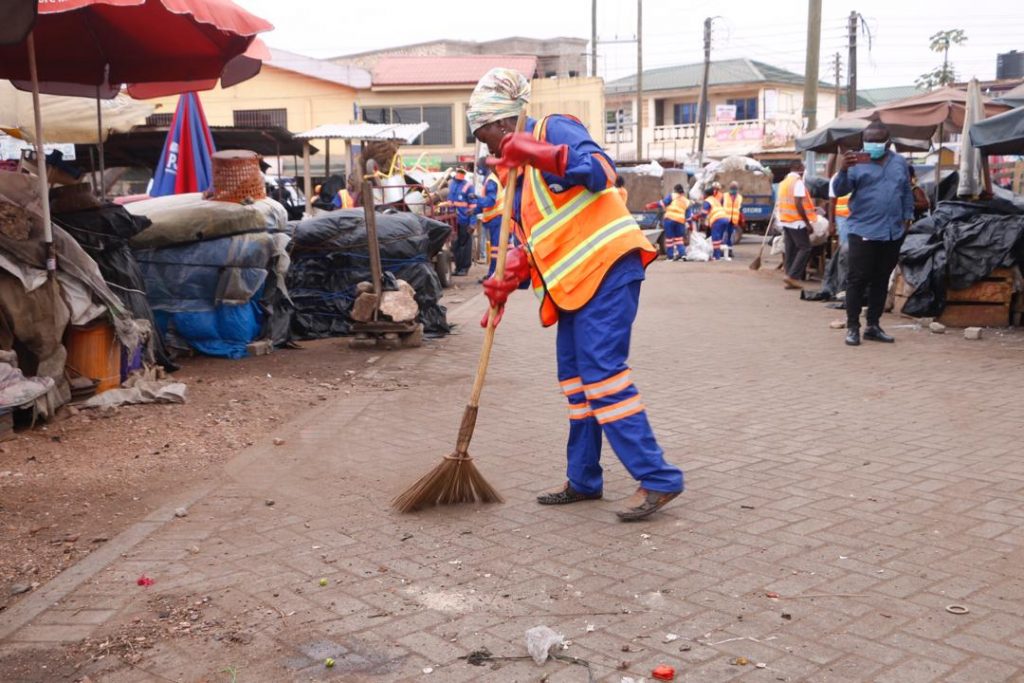 And as part of enforcing the wearing of the nose mask law, the police officers put people who were not on nose masks to work. While some desilted choked gutters others were made to sweep.

Speaking to journalists, Head of Sanitation and Environmental Office, Ga East Municipal Assembly (GEMA), Charles Asabre Ampomah, explained that the exercise was part of efforts to reduce the pack tons of garbage at the Dome market.

“Today’s [Monday, July 21] exercise is happening in six markets within the municipality and is unique because it is happening immediately after the second phase of the national disinfection exercise of market places,” he noted. 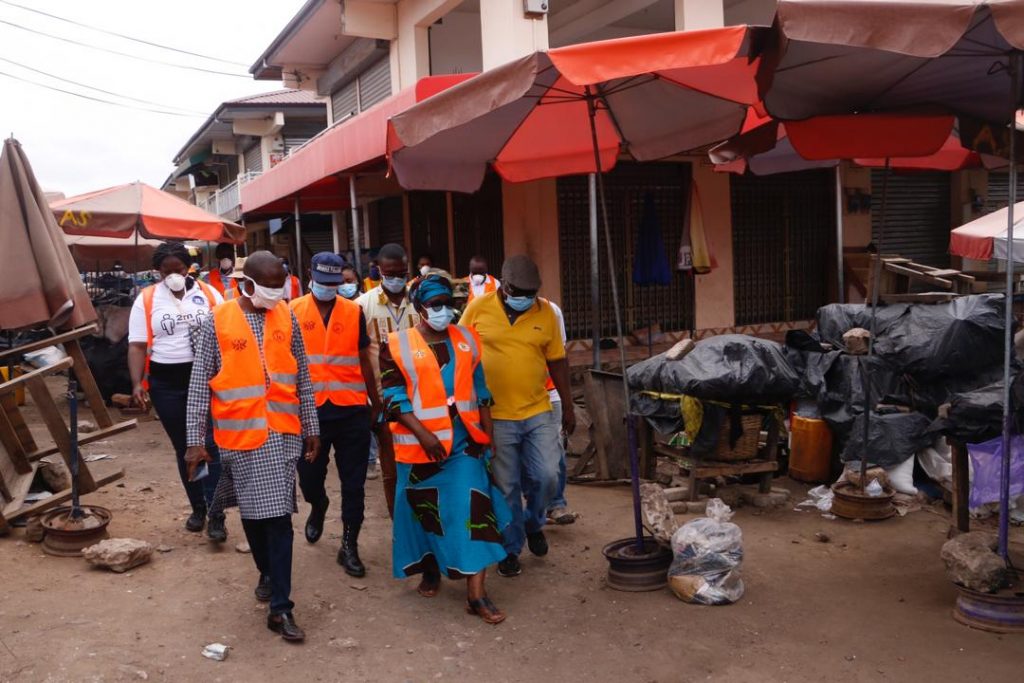 According to him, the GEMA was strictly enforcing the wearing of nose mask within the municipality.

For his part, the Greater Accra Zoomlion General Manager, Mr Ernest Morgan Acquah, stressed that one of the ways to ensure a clean environment was to disinfect the markets and after that “we assume that there may be insects and other rodents so the clean up is a mop-up.

According to him, “as Ghanaians, we shouldn’t wait for COVID before washing our hands but rather make it everyday practice,” adding that “that is why after the disinfection of 137 markets we have followed up with the cleanup exercise.” 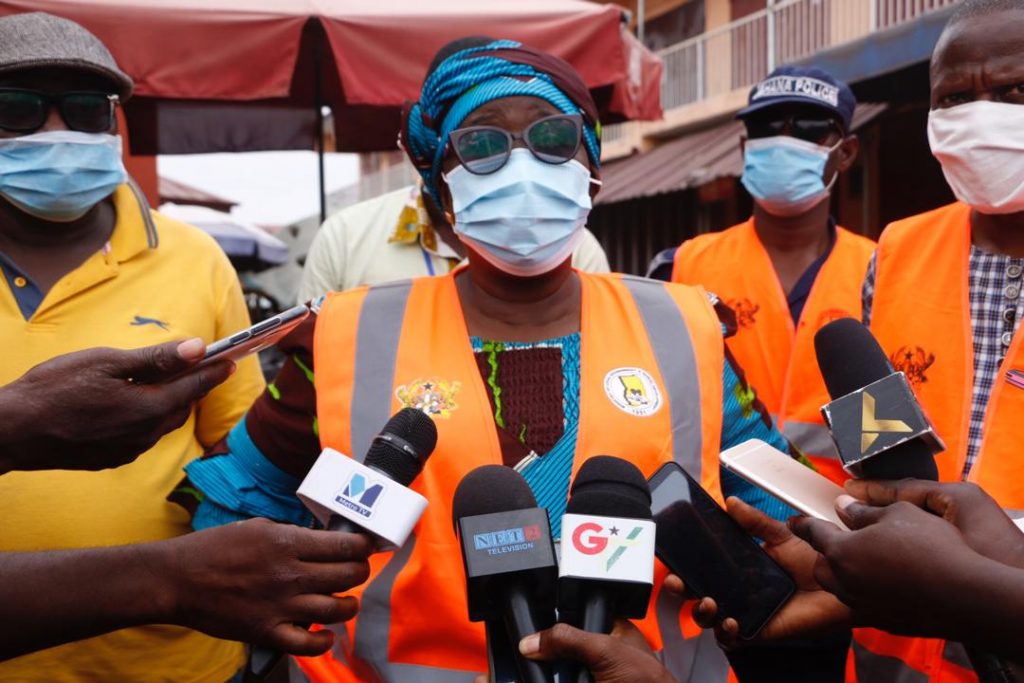 “After the disinfection and clean up exercise, we have a team which will go out and educate the citizens on the need to observe the various protocols and make personal hygiene a priority,” Mr Acquah disclosed.