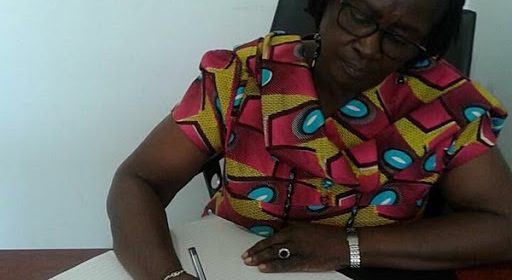 Scholars of correction and rehabilitation are of the view that a President’s power to “grant reprieves and pardons for offences …is a direct lineal descendant of executive clemency provisions which had been exercised from the early times by the English Crown”.

In Ghana, the power to ‘grant reprieves and pardons for offences finds a pride of place in Article 72 of the Constitution, 1992. This power and right have been exercised by all the presidents under the Fourth Republic.

In 2016, Salifu Maase, aka Mugabe; Alistair Tairo Nelson, and Godwin Ako Gunn were convicted by the Supreme Court for contempt of court owing to some unsavoury statements made by the trio.

They were sentenced to 4-months imprisonment and fined 10,000 each. After the conviction and sentence, the convicts on 1st August 2016 wrote a petition to His Excellency, The President of the Republic of Ghana, urging him to exercise the prerogative of mercy under Article 72 of the 1992 Constitution in their favour. This petition was forwarded to the Council of State for its advice.

By a letter dated 19th August 2016, the Council of State advised that the President could exercise the Prerogative of Mercy. The rest they say is history hence one would have thought that this matter was properly interred. But the nomination by President John Mahama of Prof Naana Jane Opoku-Agyemang has exhumed the otherwise buried matter. 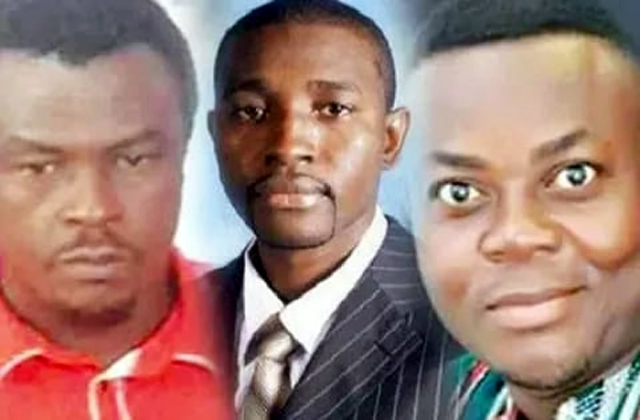 There are those who say that Prof. Opoku-Agyemang’s compassionate act of signing the petition is a tacit endorsement of the contempt the trio was deemed to have committed.

Signing a petition to plead for clemency does not amount to an endorsement of the act in question. It has become important to underscore this point in light of the exhumation of the Montie 3 saga, an issue which has become a major sauce on the propaganda menu because a petition that pleaded for clemency was signed by Prof Naana Jane Opoku-Agyemang.

Throughout Ghana’s History, Presidents have offered a pardon to persons convicted of varied offences. In the exercise of that right, it has often been said that the presidents’ grant of amnesty to these prisoners come as a “sign of mercy and goodwill”. Some of the cases come to the attention of Presidents via petitions and lobbying from people.

Could one, therefore, conclude that granting a presidential pardon to these convicts amounts to a tacit endorsement of the offences committed by them? If the grantor of the pardon is not seen as tacitly endorsing the act, how much more someone who signs a petition to that effect? The ability to petition and grant clemency has always been welcomed in any society that commits to the rule of law and civilized justice.

As recent as March 2020, President Nana Akufo-Addo pardoned 808 prisoners. Some of these convicted criminals included first-time offenders, while inmates on death row had their sentences commuted to life imprisonment. Would this act of clemency mean that the President endorses or supports the actions that actuated the convictions? And if there had been a petition to free or reduce the sentences of some of these people, would the petitioners have been endorsing their crimes?

What the petition for Montie 3 did was to ask President Mahama to temper justice with mercy in their case. At the time the petition was signed and sent to President Mahama, the three men had been in prison for almost six weeks. The fines for all the defendants had been paid as well. To be punished in this way for a reckless talk on radio is not something that has happened often in the past 20 years, at the very least.

In the course of the petition for commutation, it was argued that during the hearing of the election petition, several of such persons were hurled before the Supreme Court for scandalised comments like that of the Montie 3. The late Sir John, ex-NPP General Secretary on 25th June 2013 descended on Justice William Atuguba who was presiding judge of the panel and described him as a hypocrite, a voodoo deity, and a joker.

This comment incurred the displeasure of the Supreme Court.

In a Daily Graphic report of the proceedings on that fateful day, it was stated that “Mr Justice Dotse said he could not believe it when he read the content of the newspaper which had published Sir John’s words attacking the bench because ‘he is a very senior lawyer’ who had mates on the Supreme Court panel, adding that it was unfortunate for Sir John to have asked the relatives of the judges hearing the case to plan the funerals of the judges.

He said he was ‘saddened’ that none of the NPP leadership condemned Sir John’s contemptuous words and said it was unfortunate for such words to be uttered because they could endanger the peace in the country.”

Despite the death threats, the court unanimously found him guilty of criminal contempt, imposed a GH¢5,000 fine on him, and directed him to pay the money by the close of work, August 15, 2013.

Hopeson Adorye, another contemnor and a member of the Communications Team of the NPP, was convicted of criminal contempt for a similar offence and fined GH¢2,000 or in default face three months’ imprisonment.

From this precedence, was it unreasonable for some Ghanaians to plead for clemency for the Montie 3? This context does not in any way seek to equalise or impugn partisan consideration but to reinforce the practice of merciful petition and the request for clemency.

During the petition, by the time the petition was signed, the trio had spent 1 month at the Nsawam Maximum Security Prison. A pardon neither obliterates the record of conviction nor establishes the innocence of a person; it merely forgives the offence. So could it be said that Prof Opoku-Agyemang appending her signature to the petition was establishing the innocence of the trio? That the statement by the Montie 3 was bad was not in contention. However, what was in issue was the 4-months imprisonment which other well-meaning thought was so harsh hence the petition for commutation of sentence.

The petitioners thus argued that after serving a significant portion of their sentence for scandalizing a court, the Montie 3 deserved mercy and compassion. However, it bears repeating that such an argument is in no way meant that the reckless comments made by the persons were endorsed by the petitioners.

It was simply a case of asking for forgiveness and a reduced sentence for citizens of Ghana which is a universal right that is enshrined in our constitution.

In the light of the foregoing, Prof Naana Jane Opoku-Agyemang did not in any way, form or manner endorse the acts of Montie 3.

For anyone to lambast her unjustly that her compassionate plea of mercy for the contemnors was a tacit endorsement of those statements is a cavalier disregard for the truth. People resort to lies when they offer no solace.

Arguing that signing a petition for clemency is an endorsement of an offence suggests a certain willingness to forsake conventional expectations. It bears repeating that Prof Naana Jane Opoku Agyemang, without doubt, is coming into her new role with a stunning resume and experience, forged in over 30 years of service to the nation.