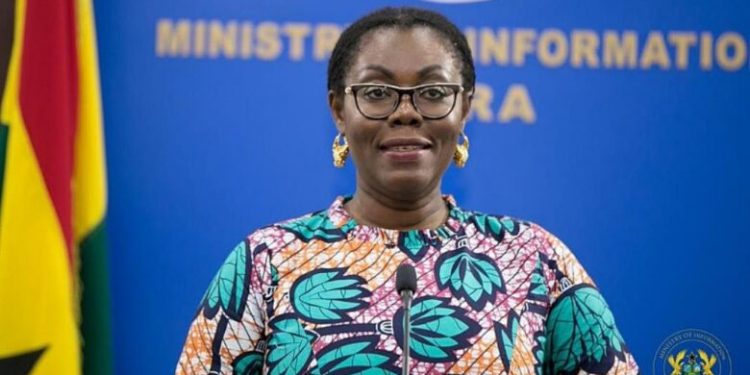 Answering questions on the floor of Parliament House on Friday, August 7, 2020, the Minister said “an estimated amount of GHS300 million in taxes was also saved between the first quarter of 2017 to date as a result of the announcement of the implementation of the CP on March 8, 2017.”

Mrs. Owusu-Ekuful again disclosed that through the deployment of the CP and sophisticated up-to-date fraud management systems, the CP was able to record over 150,000 international calls into the country every month and thereby detecting fraudulent SIM automatically.

This, she said, has saved the country of tax fraud of an additional GHS 327.3 million from the activities of SIM Card fraud since the inception of the CP in 2017.

“Over the life of the contract, the CP is expected to deliver tax savings of approximately GHS 799.6 million,“ the Minister stated.

On Mobile Money Monitoring, the Minister disclosed that the CP has reported monthly usage for July 2020 of GHS 63.6 billion, 307.1 million transactions, with GHS104.6 million generated by the Operators in transaction fees, with further breakdowns of transaction types for informed policy decision making.

Giving further benefits that the implementation of the CP has accrued to the country, Mrs Owusu-Ekuful also mentioned that the policy has resulted in savings of $1.1 million monthly over the previous contracts, resulting in a total of $66 million savings over the 5-year contract period.

“Additionally, unlike the previous contracts, the CP offers real-time monitoring of 2.5 billion transactions per day within the telecom sector, such as calls, SMS, Mobile money transactions and other transactions.

Under Section 14 of the Communications Services Tax Act 2008 (Act 754), as amended by Section 7 of the Communications Service Tax (Amendment) Act, 2013, Act 864 mandated the Minister for Finance and the Minister for Communications to establish a common platform as a mechanism for verifying the actual revenues that accrue to service providers for the purpose of computing taxes due to Government under Act 864 and revenues accruing from levies under Act 775 as amended by Act 786 of 2009.

Pursuant to this, KelniGVG was contracted on December 27, 2017, to build and operate a Common Monitoring Platform (CMP) which is an integrated single platform connecting to nodes in the networks of all Mobile Network Operators (MNOs) and the Interconnect Clearinghouse (ICH) where traffic and revenues can be monitored.

The National Communications Authority (NCA) and the Ghana Revenue Authority (GRA) are the implementing agencies and beneficiaries of this project.