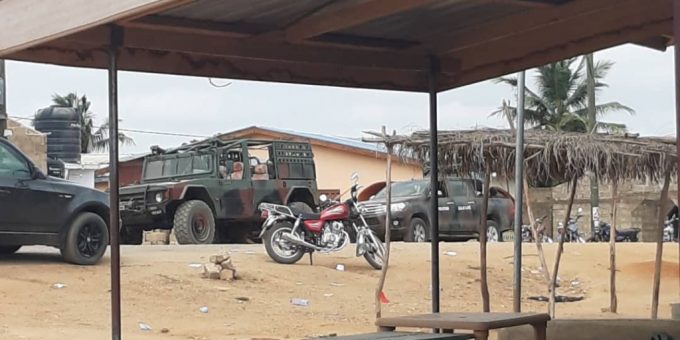 Citi FM/TV reporters who visited Dome Faase to cover the latest developments in the area, following a clash over a land boundary dispute were harassed by military officers deployed to the area.

The reporters said military officers heckled them and forcibly deleted visuals from their camera.

“The soldiers will not talk to anybody, they will not allow us to film. At a point, they came over screaming at us because they thought we were recording what was going on. They took our cameras and they had to delete the visuals. And for the first time, I was very scared. We heard the cocking of guns. They just told us we had to leave.” one of the reporters said.

The military officers were deployed after two individuals, believed to be military personnel and some civilians, sustained injuries after the clash on Tuesday, August 25, 2020.

The coalition of Ga communities had alleged that the Mponuahene of Akyem Apadwa and the Akyem Traditional Council in the Eastern Region were taking their farmlands from them hence the resistance that led to the chaos on Tuesday.

Hundreds of fear-stricken residents in the area fled after claiming they were being harassed by military officers.

Some residents told Citi News that military personnel deployed to the area moved from one house to the other, demanding to see the men in the house.