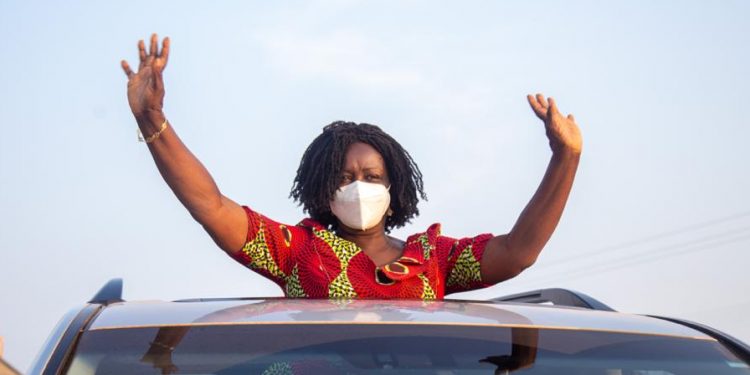 According to a statement from the party, this tour comes on the heels of her recent courtesy calls on traditional authorities, religious leaders and other key stakeholders in the Central and Greater-Accra Regions.

Madam Opoku-Agyemang in beginning her tour said, “I am delighted to begin official campaign activities with our brothers and sisters from these parts of our country”.

“I look forward to listening to them but more importantly, affirming to them, the specific actions a new NDC government under President John Dramani Mahama will deliver when given the mandate by Ghanaians.”

Beginning from the Upper East Region, the tour will see Prof. Opoku-Agyemang visit the Bolga Central, Zebila, Bawku Central, Tempane, Pusiga, Chiana/Paga, Navrongo Central, Builsa North and Builsa South constituencies where she will interact with the rank and file of the NDC, pay courtesy calls on traditional leadership and communities, as well as engage with youth, traders and leaders of other key stakeholder groups.

The NDC Running Mate will hold similar engagements during her tour of the North East, Northern, Bono and Ahafo Regions.