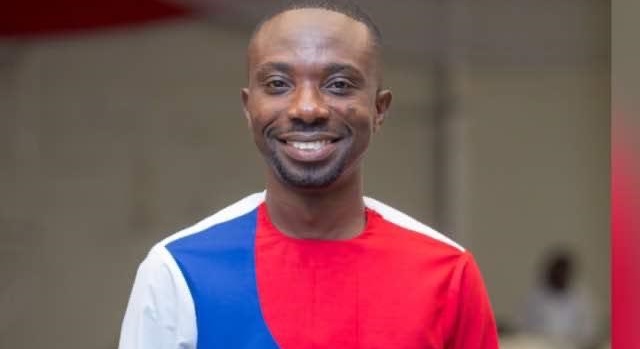 The Outgoing Municipal Chief Executive for Akuapem North, Dennis Miracles Aboagye has described the revocation of his appointment by the President, Nana Akufo-Addo as strategic.

He was replaced with Barima Awuah Sarpong Asiedu-Larbi.

Speaking on the sidelines of his inauguration and swearing-in as a member of the Eastern Region NPP Campaign team, the young dynamic politician explained that, looking at the critical nature of the December 2020 elections and with the opposition NDC at their best when it comes to propaganda, experienced hands like his are needed to ensure a total victory for the NPP.

With his exposure in campaign strategy and grassroots mobilization, he believes he is best placed to work closely with the party in executing the campaign at this point with barely four (4) months to go.

Having served the party at various levels and being directly involved in the last three elections, he believes he possesses certain skills that are needed in the re-election bid for the President Akufo-Addo.

He expressed a lot of appreciation to the president for the opportunity he gave him to serve both in government and on the campaign team and assured him of his unrelenting commitment to ensuring he is re-elected.

“Re-electing H.E Nana Akufo-Addo is a National call. It is one that cannot be negotiated, for the sake of the generations unborn, and if the sacrifice some of us would have to make is to lose our positions in government so we can have the full concentration on party work to ensure his victory, so be it. Political Parties need to win elections before governments are formed and the point we are now, it’s time for some of us to dedicate our time to ensure victory in 2020 so we can form another government and be part of same in 2021”.

Hon. Dennis Miracles Aboagye is described by many as one of the future stars in the NPP and is seen generally by the party faithful as an asset both at the National and constituency levels. He enjoys a lot of support from the youth base of the party.

The revocation of his appointment about a week ago sparked a lot of discussion on social media with most describing him as hardworking and innovative and thus wonder why he was removed from office.

He has since his removal, been very busy on the road mobilizing the young and old in the Akuapem North constituency towards victory 2020 for the New Patriotic Party.