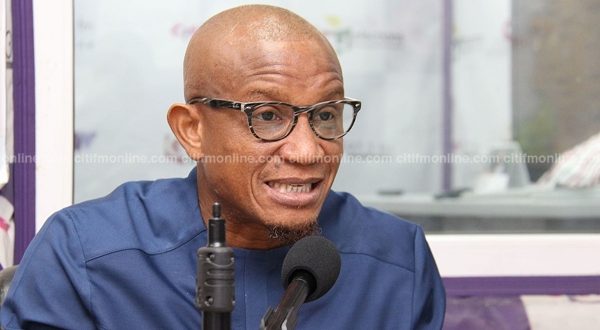 Addressing a news conference in Accra on Monday, September 14, 2020, a Deputy Campaign Manager for the NPP, Mustapha Hamid said Ghana needs a leader with integrity like President Akufo-Addo who can properly steer the affairs of the country and not John Mahama who sought bailout from the IMF.

‘’It takes bold, decisive and visionary leadership to turn around the fortunes of a country whose economy was in a ditch. It bears remembering that this NPP government came into office at a time when another government had thrown its hands up in despair and run to the IMF for a bail out and for what it called “policy credibility.” The first task of any government should be to establish credibility in itself and in its ability to manage the affairs of the country. It is a massive dent on the sovereignty of a country, if its government looks for credibility from external sources.’’

He added that ‘’ Indeed, this country had so lost its sense of credibility, that it had to import plantain to feed its people. It is the responsibility of governments to create the enabling environment for farmers to work to feed a nation. The visionary and far sighted leadership of Akufo-Addo through the planting for food and jobs programme, has turned Ghana around from a net importer of food to a net exporter of food. Presently, Ghana exports the following food items to other ECOWAS countries- cashew, plantain, yam, cassava, maize, banana, pineapple, soya beans, coffee, coconuts, palm oil, shea butter and palm oil.’’

Dr. Mustapha Hamid noted that the management of the coronavirus pandemic by the Akufo-Addo administration has made him the toast of the world.

‘’Today, we are almost beginning to forget that the pandemic exists. Indeed, in many parts of the world today, the pandemic still rages. When the President started to put in systematic and well-thought out measures to contain the pandemic, and when he said that, ‘we shall defeat COVID-19 together,’ many took it as political talk. But he knew what he was doing. From the partial imposition of a lock-down, to the easing of restrictions, to sending final year students to school, many Ghanaians were nervous and wanted us to copy other countries in the West Africa Region who were hesitant to do same. Indeed, some Ghanaians circulated videos of the Minister for Education of Nigeria, where he was saying that Nigeria will not let its final year students take their exit exams this year because it will be fool-hardy to so and called on our President to follow suit and recall our students to school. But our President of conviction stood his grounds. Today, Nigeria is opening schools after Ghana did,” he added.

Dumsor will be back if Mahama wins 2020 polls – Mustapha Hamid