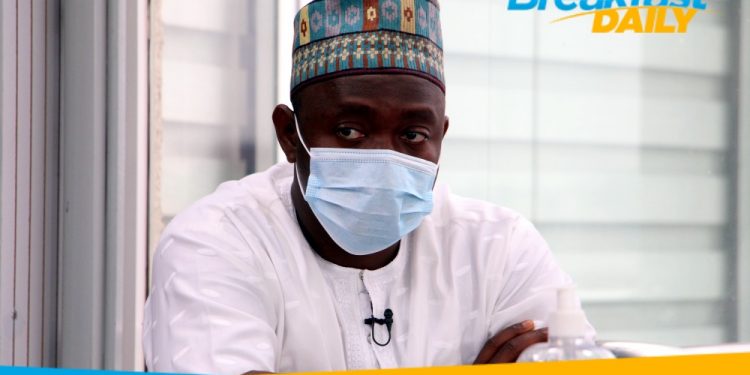 The Member of Parliament for the Tamale North constituency in the Northern Region, Alhassan Suhuyini has described the Electoral Commission’s (EC) response to the claims of missing names in the provisional voters’ register as ‘insulting’.

The EC has refuted claims by the National Democratic Congress (NDC) that it has deliberately removed the names of NDC members from the voter register.

But according to Mr. Suhuyini, the Commission promised to give Ghanaians a better electoral roll and not explanations.

He insisted that the EC is eroding the confidence Ghanaians have in the institution with its actions and inactions.

“Our (NDC) allegations are coming from the polling stations. I think it is unfortunate as the EC continues to erode the confidence Ghanaians have in that institution. Which of our allegations are unfounded? Is that names are not missing in the exhibited register and isn’t that what we are highlighting? Especially when the EC stampeded all of us to undergo this register because they told us they were giving us better.”

“So when you have the EC justifying what has happened with reasons that it has happened before, isn’t that insulting? They were supposed to be giving us better yet people’s names have been missing. So when the EC promised to give us better and end up giving us this shambolic register and instead of them to have the presence of mind to engage us decently, here they are adding more insults into our injuries.”

But Mr. Richard Asante-Yeboah, the government’s spokesperson on infrastructure speaking on the same show, called on the NDC to be consistent in their arguments.

According to him, the NDC has been against the EC since began it began the processes to compile the new voters’ register.

“We are in participatory democracy and everyone is expected to offer their opinions on matters of national interest. But at every point in time, one would expect that political actors will be factual and consistent in their communication. We have a country to build and a nation to protect so at every point in time, we ought not to allow politics to divide us as a people. And I believe that the Ghana agenda must be bigger in everything that we do and the ultimate objective of our dear lives ought to be protecting this nation.”

“And if that is the focus, politicians ought to be mindful of the way they communicate and the way they do things in terms how consistent they’ve been. But if indeed political parties find reasons to question a certain aspect of the operation of the EC, we call the EC to provide answers to same and make sure people trust in the process of what it is doing.”