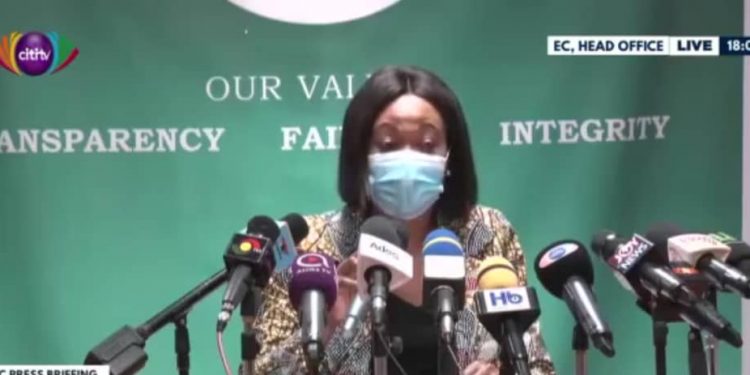 The Electoral Commission (EC) has assured that Interparty Advisory Committee (IPAC) meetings will soon be less contentious ahead of the December 7 elections.

The Commission has under its current leadership witnessed a number of boycotts of such meetings by political parties mainly by the opposition National Democratic Congress (NDC).

Admitting the difficulties in building consensus during some of these meetings, Chairperson of the Commission, Madam Jean Mensa said efforts are being made to address challenges of all stakeholders.

“We have no doubt that this partnership will promote the needed peace that we are all willing to see as a country. Through this IPAC, the EC and political parties engage in dialogue around our electoral processes. The idea is to build consensus on key issues, bordering on our electoral process.”

“As a Commission, we have continued to hold meetings in spite of the odds; that is in spite of the COVID-19 pandemic we have been able to keep the dialogue and engagement ongoing. It has not always been smooth sailing but the important ingredient is to learn to disagree to agree when we cannot find common grounds. We believe that as we keep pressing on, we will get there and very soon our IPAC meetings will be very peaceful and produce concrete results for our nation”, she added.

“First of all, it is our belief that IPAC has lost its significance. IPAC was established with the belief in Ghana that electoral rules are best established through consensus. So from 1994 to 2016, all the reforms that we have undertaken as a country had their origin from IPAC deliberations. Whenever we are making any law that governs election, it lies actually among the stakeholders at IPAC.”

“We have gone through several changes; we have a roadmap for electoral reforms that we have stuck with from 2014 to 2016. The Commission gets reshuffled and everything that was reached by consensus at IPAC has been thrown to the dogs and the new commission comes and then they are doing whatever they are doing. Anytime anybody wants input into decision making, they just refer under the powers and constitution that they are independent so they won’t listen to anybody.”