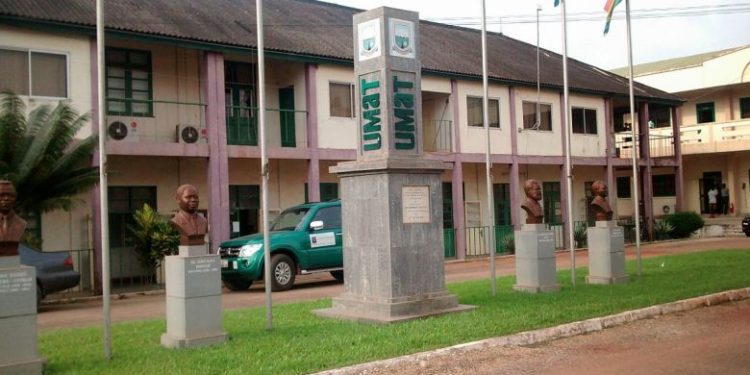 The Public Accounts Committee of Parliament has surcharged Finance Officer of the University of Mines and Technology (UMaT), Jonathan Sakoe for failing to recover GHS8,677.50 from a former Registrar of the University.

Over GHS18,800 was given to the retired Registrar, E.K. Bedai, to acquire lands for the institution but only GHS10,000 was accounted for as captured in the 2017 Auditor General’s report.

The Chairman of the Public Accounts Committee, James Klutse Avedzi, said Mr. Sakoe will have to pay the rest of the money.

“GHS10,100 was paid to Mr. Clement Aboagye Laryea which we have now accounted for so there is a balance of GHS8,667.50. Why didn’t you collect that money from him and now you are telling the committee you will write to him? Our recommendation is that if you are surcharged, you will have to refund the money yourself.”

In 2018, PAC similarly directed the management of the Tamale Technical University (TaTU) to retrieve an amount of GHS 172,966 paid as compound interest to Automol, a private automobile company, for the purchase of a Land Cruiser vehicle for the rector of the university in 2013.

The committee had said the management of the university might be surcharged by the Auditor-General if it was unable to retrieve the money within 60 days, as the contract agreement breached the Public Procurement Act.

No COVID-19 cases detected from KIA arrivals so far – GHS