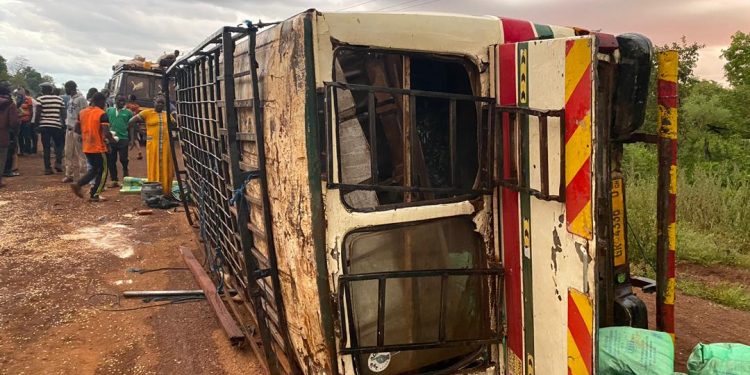 A robber has died after being knocked down on the Mankpang-Adwoape road by a bus he tried robbing on Monday, September 7, 2020.

The Mercedes Benz bus with registration No. GR 4336 D was travelling from the Buipe market to Mpaha in the Savannah Region when the incident occurred.

The Buipe Police Command in a statement noted that the driver of the bus, one Yakubu Fataw, spotted two men hiding in the bush when he reached a section of the road between Mankpang and Adwoape.

The driver run over one of the robbers who had emerged out of the bush with a shotgun.

“One of them, armed with a shotgun, suddenly came out from the bush and shot into the windscreen but the driver managed and knocked him down killing him instantly whilst the other fled through the bush,” the statement recounted. 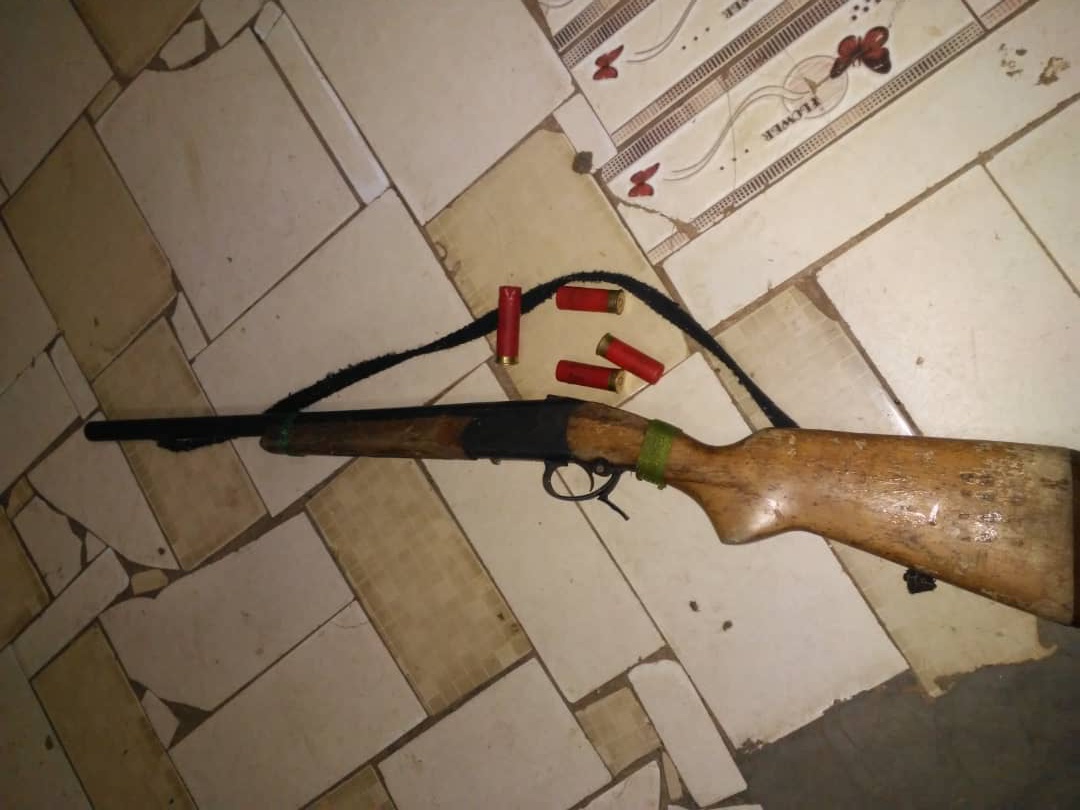 The vehicle then crashed after the driver lost control, leaving some passengers injured.

“Some of the passengers on board sustained various degrees of injury and were rushed to Tamale Teaching Hospital for treatment,” the statement indicated.

The body of the robber has been sent to the Tamale Teaching Hospital mortuary.

The police retrieved one shotgun, three BB live cartridges and one used cartridge from the deceased.

The vehicle has also been towed to the Buipe police command. 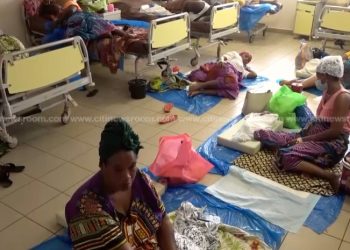