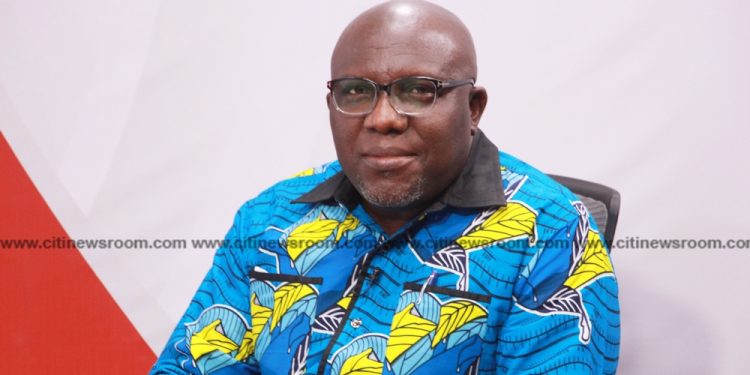 The Chairman of Parliament’s Defence and Interior Committee, Seth Kwame Acheampong says security agencies are on top of issues despite the seeming rise in violent crimes in the country.

The Mpraeso legislator gave the assurance on the back of suggestions that the security agencies have become dormant while crime soars in Ghana with the recent one being the killing of the Member of Parliament (MP) for the Mfantseman constituency, Ekow Quansah Hayford.

The late MP was allegedly shot on the Abeadze Dominase–Abeadze Duadzi–Mankessim road by suspected armed robbers on Friday, October 9, 2020.

“They [security agencies] have what has been provided for by this administration and that I give thumbs up to this administration but this is a growing population and so each and every day you provide, you have more to provide for. The military is being provided for, the immigration is being provided for, and we are providing for our police service for our internal security. That is why we have all these helicopters being provided to them because we have a growing population which keeps increasing and the sophistication of crimes also keeps increasing. While providing the good roads, we must also make sure that when people are going to commit crimes, we are able to prevent it. But I must say that not all have been provided, and we need to do more. The security is very much on top of their game… The fact that we have some reportage of incidence happening in some communities does not mean the security officials are not on top of their games.”

In a related development, the flagbearer of the opposition National Democratic Congress (NDC), John Dramani Mahama has called on the Akufo-Addo government to urgently act to stop the spate of violent crimes and dastardly robberies in the country.

He said there is rising insecurity in the country and it must be quickly tackled by the government.

The NDC flagbearer in a Facebook post to commiserate with the family of the late MP urged the security agencies to speedily investigate and bring the perpetrators brought to book.

“I have received the shocking news of the death of Hon. Ekow Quansah Hayford, MP for Mfantseman in a reported armed robbery attack. My condolence to his family. This is the most despicable act, and we all look forward to the security agencies investigating and arresting those involved and bringing them speedily to justice.”

“There is a growing climate of insecurity in Ghana. Dastardly armed robberies and violent crime have become a common occurrence. I urge the government and the security agencies to do more to protect the Ghanaian people.”