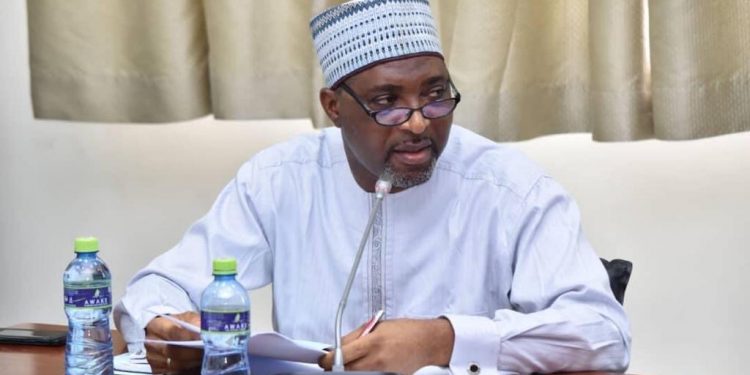 The National Democratic Congress (NDC) Chief Whip in Parliament, Mubarak Mohammed Muntaka has justified his actions during the election of a Speaker of Parliament last Thursday.

Muntaka who was the key person representing the NDC side in the sorting and counting process accosted the Member of Parliament for Tema West, Carlos Ahenkorah after he snatched and attempted to bolt with uncounted ballot papers.

He also took some actions and made several objections during the election that saw NDC’s nominee, Alban Bagbin being declared winner.

The Asawase legislator on Citi TV’s Point of View said he was mandated by the law to police the election process.

“What I was doing was lawful. The law mandated me as an agent for a candidate to make sure that this happens and that is what I did.”

Mr Muntaka’s actions have been commended by some members of the NDC caucus, including the party’s leader in Parliament, Haruna Iddrisu.

“The decision was taken collectively that we should float Hon. Alban Bagbin. God stood with him, God stood with the party and God stood with Excellency John Dramani Mahama so to our MPs I can only say kudos. Let today be dedicated to Hon. Muntaka, not Haruna. He knows that I keep telling him that he can’t change me, I’m still a quiet persuasive strategist. I can’t run as he did. He didn’t have my permission, but he ran to protect the ballot.”

The flagbearer of the NDC, John Mahama has also said the hard work and vigilance of the NDC MPs in Parliament on the dawn of January 7, 2021, helped to protect the country’s democracy.

TEWU to strike from tomorrow over conditions of service

Apologise to Ghanaians for inauguration chaos – NCCE to Parliament

Apologise to Ghanaians for inauguration chaos - NCCE to Parliament