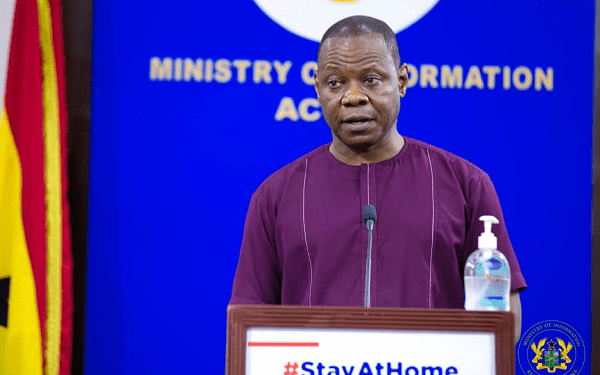 The Ghana Health Service (GHS) says it has confirmed three cases of COVID-19 in schools since their resumption a week ago.

He said two of the cases were recorded in two schools in the Upper West Region and one school in the Western Region.

According to Dr. Aboagye, in one of the cases in the Upper West Region, the student had a record of undertaking some activity in Burkina Faso.

He was hopeful that the number of cases will remain at the lowest.

“For the one week that schools have reopened, we’ve only recorded 3 cases. Two in Upper West and one case in Daboase in the Western Region. And we hope it continues like that,” he remarked.

Following the government’s full reopening of schools amidst a new surge in COVID-19 cases across the country, there are growing concerns that schools could become a hotspot for the spread of the disease.

Meanwhile, the Minister for Information designate, Kojo Opppong Nkrumah is urging the public to avoid panic over the cases recorded in schools.

According to him, the cases are currently being well-managed and the systems put in place to address any case in schools are adequate.

“So far only three cases have been recorded, but they are being well-managed. The general philosophy is that as schools have reopened, there is a possibility that you will have cases like what happened in Accra Girls SHS but the idea is not to panic but to allow the system they have been put in place, like the mapping to health facilities and so on to take care of those who may test positive,” he said.