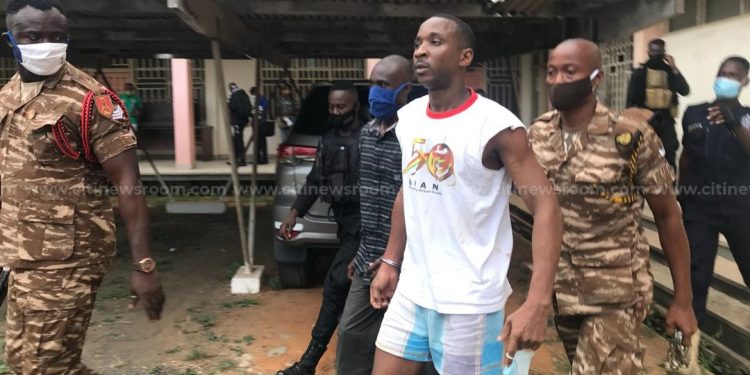 Sam Wills who is currently facing a charge of conspiracy to commit murder with his Nigerian counterpart, John Orji, said this when he formally opened his defense at the Sekondi High Court presided over by a Court of Appeal Judge, Justice Richard Adjei-Frimpong.

When asked if he knew the four murdered kidnapped girls, Sam Udeotuk Wills told the court he knew Priscilla Blessing Bentum and Priscilla Mantebia Kurankyi as casual friends but never conspired to kidnap and murder them.

“I knew the two Priscillas. I met Priscilla Blessing Bentum at Effiakuma Methodist Church in 2017 and our friendship was just casual. For Priscilla Mantebia Kurankyi, I met her at a Waakye joint around the phastor block yard in 2018. Our friendship was also casual.”

Wills however denied the charge and explained how he heard about the kidnappings.

“I never conspired with Orji to kidnap and murder them. I never kidnapped and murdered anyone as two of these young ladies are very good friends of mine. I heard the kidnapping when I was in Koforidua through my girlfriend, Emily Alimo. I don’t remember the date, but the time was around 10 am. Emily called me on the phone to tell me to meet her at her sister’s house in Koforidua. She told me a family member of Priscilla Bentum said her sister called and said I have kidnapped her which I was surprised. I denied, and I told her to tell the family to call me or meet me in Takoradi in the house I stayed the next day which I came. I never got any response from them again. For Priscilla Kurankyi, it was in Police cell when I heard about her kidnapping just like the other two. Upon my arrival in Takoradi, I also called Emily to tell them I’m around, but I was arrested with my friends Abachure and Papa after not hearing anything from the family on 23rd December 2018.”

“This was around 5 am after hearing shouts ‘don’t move, don’t move, we are the police. If you move we will shoot you’. After arresting me, the police collected my black bag including $3,400, some cedis and 2 mobile phones. My friends were given bail the next day and I have not heard from them again.”

When the State Attorney, Patience Klinogo, asked about the itemized bill with his mobile phone numbers, registered with fake names and having called the kidnapped girls and their families, Sam Wills denied.

“The MTN number is mine but the Tigo line is my lost number and the subsequent number is not mine, hence I’m surprised my girlfriend said it is mine. I have no idea of any ransom paid to my Tigo number. The numbers that are mine, they were registered by the chip sellers after I told them I don’t have ID cards. So they were not registered in my name. I disagree with the allegation that I registered them with fake names,” he said in court.

Wills also denied his Facebook chat with some of his friends submitted to the court by the investigators as evidence of discussing kidnapping and blood money.

“Samuel Wills is not my Facebook name but King Samuel therefore those chats are not mine.”

Sam Wills today, Monday, appeared at the Sekondi High Court in a sleeveless T-shirt, a boxer shot and in chains after fierce resistance to be taken to court.

This forced the prisons and police team to first bring in the second accused, John Orji before he was later forcefully brought to court.

His opening of defense had to be delayed by one hour by the Presiding Court of Appeal Judge, Justice Richard Adjei-Frimpong following a plea by his counsel.

Wills told the prison wardens and detectives who had gone to pick him from the Sekondi Central Prisons that: “I don’t see why I have to go to court”. 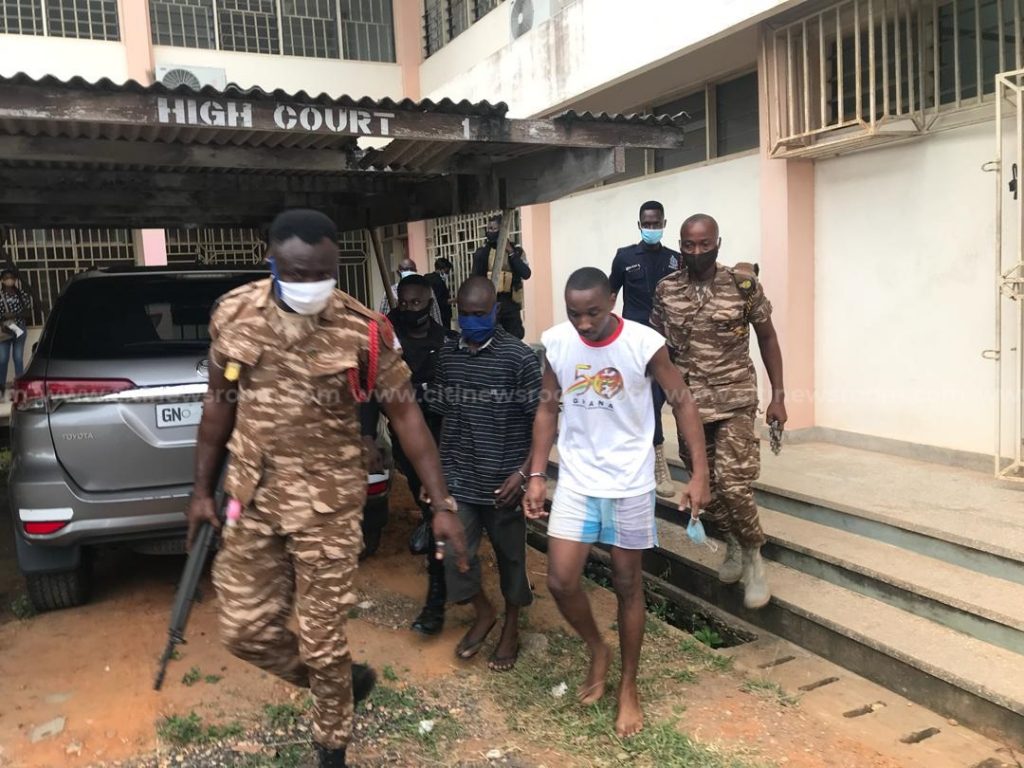 On the part of the second accused, John Orji, Justice Richard Adjei-Frimpong rejected a submission of no-case by the second accuse, against a charge of conspiracy to commit murder in the ongoing Takoradi kidnapped girl’s’ murder case.

The lawyer for the second accused, Mark Bosia, made the submission of no-case at the last sitting of the court after the State Attorney, Patience Klinogo, completed her submission of case.

The Sekondi High Court has since adjourned the case to tomorrow, February 2, 2021, for the cross-examination of the first accused to continue.