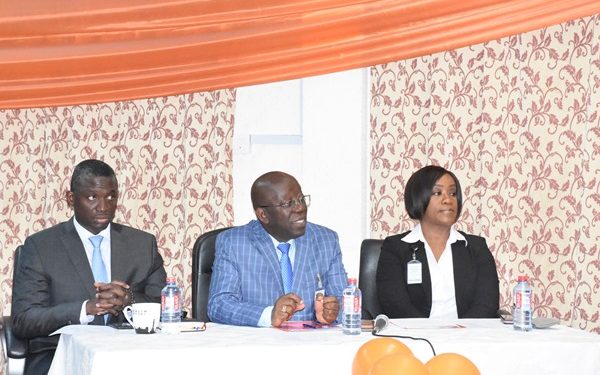 The Director-General of the Social Security and National Insurance Trust (SSNIT), Dr. John Ofori Tenkorang says the issues surrounding loans the scheme granted as cited in the latest audit report are being resolved.

In the 2019 Auditor-General report, it emerged that SSNIT has due to ineffective diligence been unable to recover a GHS 2,379,233,073.10 loan amount given to eight related companies as of December 2018.

Some of the loan defaulters are NTHC Company Limited, ISTC for joint venture property companies.

Speaking to Citi News, Dr. Tenkorang clarified that these outstanding loans in question were not contracted under his tenure.

“Context is necessary here. I want to state that all these loans the report is talking about are loans that were contracted before I became Director-General. Having said that, I inherited, and I own it, so I am not running away from that. All these loans were extended before me, but I am making sure we get our monies back.”

He was however quick to add that, drastic steps have all been initiated to see to the full recovery of the outstanding loans.

“I can assure you that we have taken some steps in getting these monies back. We have also taken some decisions on how we can prevent some of these unholy alliances from continuing while we wait for the market to recover.”

He explained that SSNIT was “taking the necessary steps to get collateral and swap assets for it in places where we can.”

“In places where we cannot get, we will manage for the defaulters to pay. So we are working on it. This is where we are,” Dr. Tenkorang disclosed.

Aside from loans,  the Auditor General revealed in its audit report that the state agency has $185 million locked up in two housing projects in Accra.

But John Ofori-Tenkorang in the Citi News interview said it has been difficult to sell the housing units due to some changes in the housing market.

“The development has gone on, it is uncompleted, but some building units have been completed but because of the way the market has become soft, they have not been able to sell it… In addition to being an equity partner, SSNIT also lent money to it.”

“So what we decided to do was that in order to reduce the indebtedness, we are going to do a swap where they are going to have to give us the completed properties in exchange for amortization of the loan, so we went to the board and the board approved for us to do an asset swap,” he explained.

He said he believes that swapping some completed properties to pay back the loan will help SSNIT get value for money.