One of the inmates who escaped from jail at Zenu-Atadeka in the  Kpone-Katamanso municipality of the Greater Accra Region, Sumaila Karim has surrendered to the police.

Sumaila is currently under detention.

Six other inmates who escaped have been re-arrested while efforts are underway to locate the other escapees for arrest.

About 12 inmates on remand escaped from jail on Easter Day when a police officer opened the cell to put a suspect in custody.

One of the inmates allegedly poured hot porridge into the face of the police officer, paving way for 12 suspects to escape.

Three out of the 12 escapees who were re-captured in Juapong were arraigned on the charges listed below;

The accused persons pleaded guilty to all three counts.

They were found guilty and accordingly sentenced to two (2) years imprisonment.

They were also asked to compensate the complainants with an amount of Three Hundred Cedis (GHS300.00) each or in default be sentenced to six (6) months in hard labour. 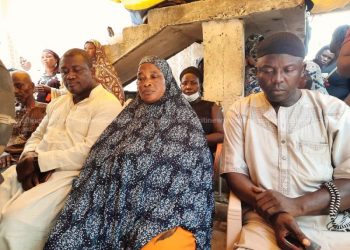