Africa Day 2021 comes amid new challenges on the continent 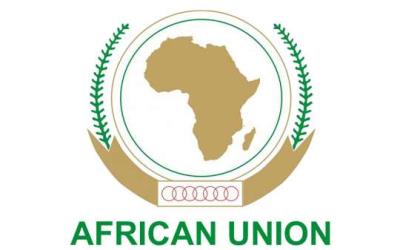 On Tuesday 25 May, African governments would commemorate what is known as “Africa Day”.

The day (formerly known as African Freedom Day and African Liberation Day) is the annual commemoration of the founding of the Organisation of African Unity (OAU) on 5 May 1963.

The organisation was later transformed into the African Union on 9 July 2002 in Durban, South Africa, but the holiday continues to be celebrated on 25 May. It is celebrated in various countries on the African continent as well as around the world.

This year’s theme of Africa Day is Arts, Culture And Heritage: Levers for Building the Africa We Want.

The celebration however comes on a backheel of a number of issues; the Covid-19 pandemic having piled up pressure on the African economy.

Only last week, Democratic Republic of Congo’s president Felix Tshisekedi who is also the current head of the African Union alongside a dozen other African heads of state, concluded a summit in Paris where they argued among other issues for an increase in the Special Drawing Rights (SDR) from 33 billion dollars to 100 billion dollars.

The SDR, used sparingly, gives member countries the possibility of “drawing” liquidity to supplement their financial reserves. But this alternative is subject to the notion of quotas, which take into account the economic strength of each part of the globe.

But there are also other burning issues on the continent.

Chad’s military government after the sudden death of president Idris Deby has raised concerns while Ethiopia’s Tigray conflict which has led to thousands of civilian deaths and displacements and allegations of war crimes and ethnic cleansing hovering over the conflict is yet another.

Ethiopia, the second most populous country on the continent also has a dispute with Sudan and Egypt concerning its dam on the Nile River’s main tributary.

There is also Mozambique’s islamist isurgency in the North cabo Delgado province which has led to a refugee crisis while if there are some positives, the situation in Libya with the continued observation and respect of a ceasefire agreed to in March would be one.

The smooth transfer of power in March to a new interim Government of National Unity (GNU) and recent plans for elections to hold in December renews hope for peace in the conflict-affected country, and stability across the wider region.

On the Covid-19 pandemic, African government leaders would want to increase vaccination efforts on the continent after what has appeared strongly to be vaccine apathy across several African countries.

But defying the odds by managing to control the pandemic that has ravaged other parts of the world is in itself something many analysts praise the continent for, a continent least impacted globally by the pandemic. And that may be worth celebrating at the very least.