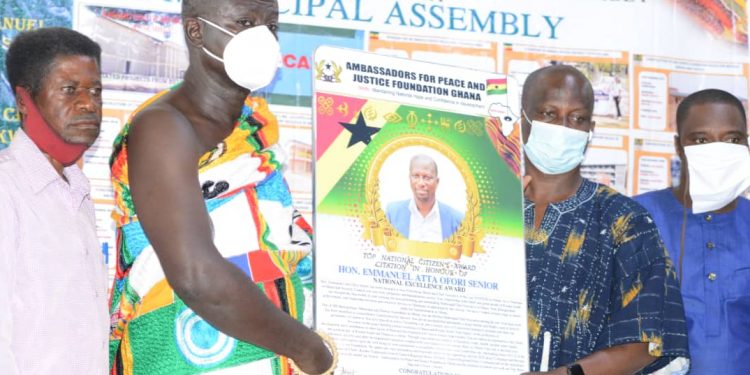 According to the Council, the MCE has over the years discharged his mandate creditably well hence deserves another term in office. 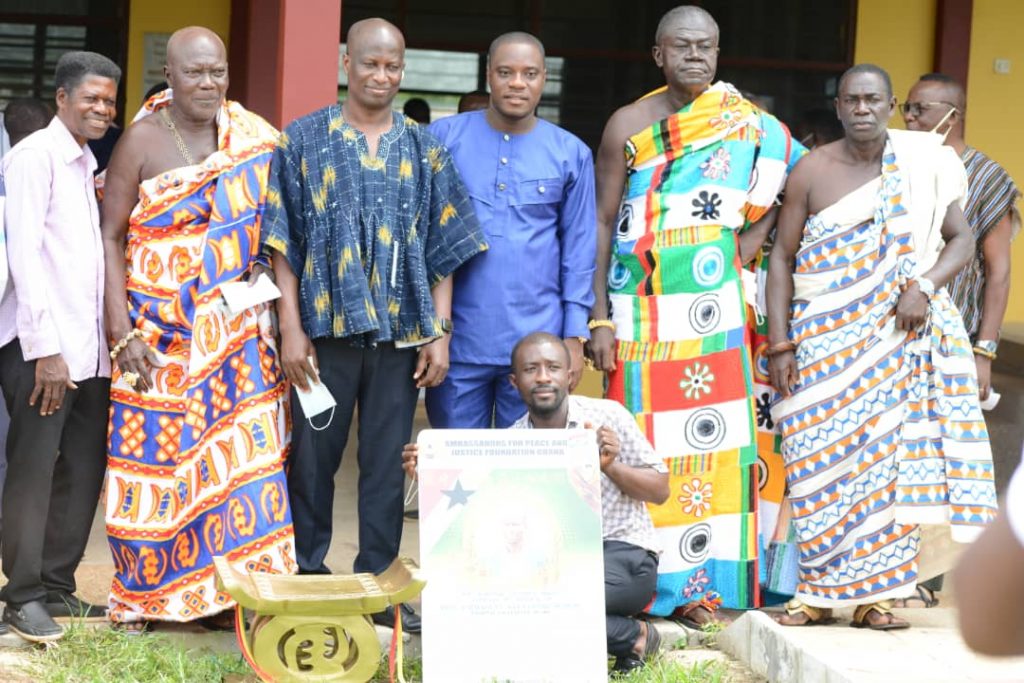 The Council made the call when Mr. Emmanuel Attah Ofori Senior was being honoured as the best MCE in Ghana by the Ambassadors for Peace and Justice Foundation.

He stated that “they are mandated to serve the nation, that is why they are here. It may happen that, the one you have no respect for, is actually the one with relevant information which will benefit you in your administration “.

Mohammed Bashir Tijani in reading the citation stated that the MCE’s zeal to develop his Municipality and improve upon the well-being of his constituents was remarkable which makes his leadership outstanding.

He urged other MCEs to emulate the good works of those in rural areas.

“Those that we mentioned their names, at places like Kumasi Metropolitan Assembly and Weija, it is not the case that we have no respect for them but, we advise that they look up to Honourable Emmanuel Attah Ofori Senior,” he said. 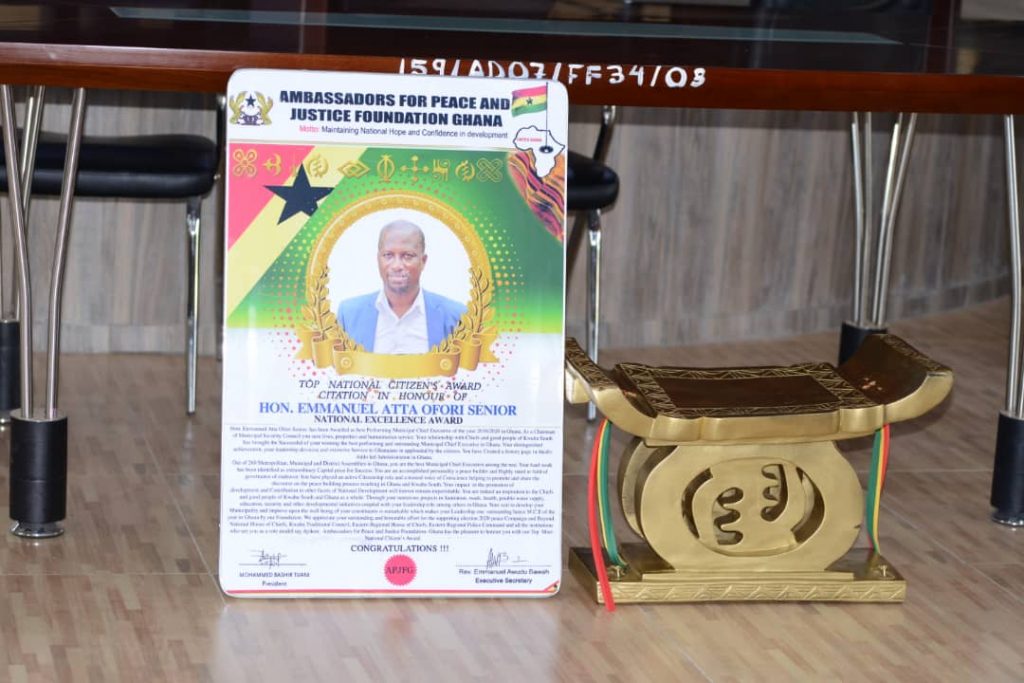 On his part Kwahu Mawerehene, Nana Baffour Yeboah Asuamah, a representative of the Traditional Council, praised the MCE for his good works saying “he truly deserved to be honoured”.

“Nananom are not supposed to do active politics but, I would say that amongst the MCEs we have in Kwahu, he has done a lot,” he said.

He concluded that inasmuch as Rome was not built in a day, the Municipality expects much from the MCEs.

In his acceptance speech, the MCE thanked the Directors of Peace and Justice Foundation for the recognition.

“From a distance, President Akufo-Addo saw something good in me. That is why he gave me the mandate to represent him. M first thanks go to him,” he said adding that “party executives, coordinators and assembly members have also assisted and supported me massively”.