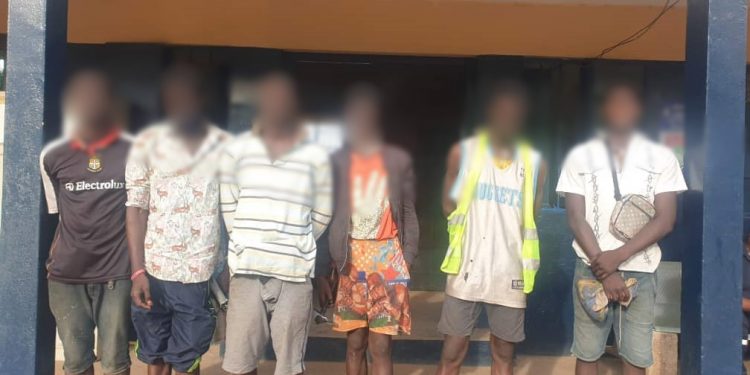 Police have arrested nine persons for persistently harassing motorists along some traffic intersections in Accra.

The Divisional Police Commander for the Airport Division, c/supt. /Mr. Bismark Agyapong, led a team of officers on June 23, 2021, on the operation, which targeted some youth loitering at major traffic intersections begging for alms.

According to the police, sometimes these beggars become aggressive when drivers and other road users fail to give them alms and end up scratching their vehicles with metal objects.

The suspects range between 18- 30 years and were arrested around Shiashie, Ghana Standards Authority, N1 -Dzorwulu traffic light, and Okponglo.

The suspects are currently in police custody and those found culpable would be put before court soon.

The suspect was arrested on Saturday, June 12, 2021, by personnel from the Achimota School Divisional Police Command upon a tip-off during a robbery operation.

He was shot by the police while attempting to escape with his accomplice and rushed to the Police Hospital where he was treated and discharged, and subsequently detained by the police.