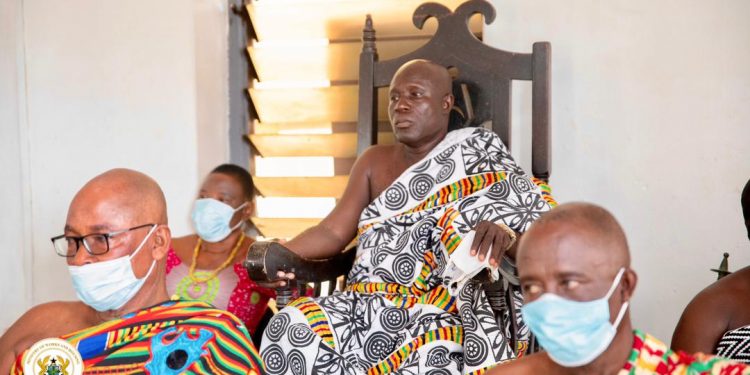 Awulae Attibrukusu III, the Paramount Chief of the Lower Axim Traditional Area in the Western Region, has expressed his profound appreciation to President Nana Addo Dankwa Akufo-Addo for the ongoing construction of Sea Defence walls along the coast of the Axim community.

According to the chief, the project will save the lives of his people and also boost the local economy of the area. 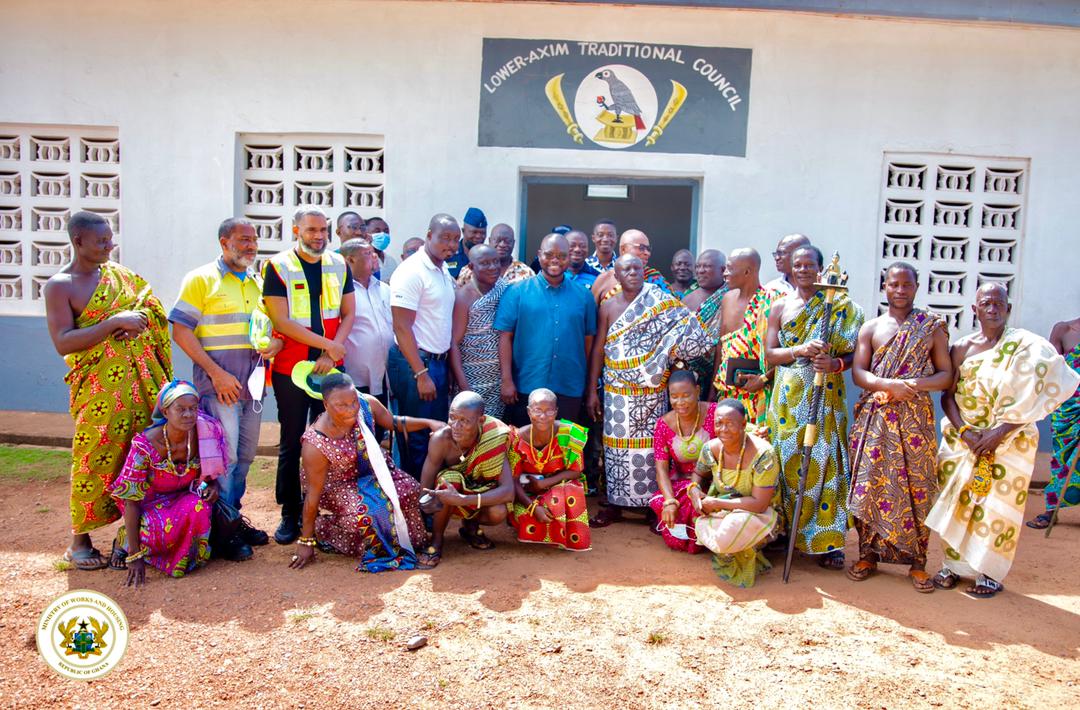 He made this statement during a courtesy call on him by Works and Housing Minister, Francis Asenso-Boakye, on Wednesday, June 2, at his palace in Axim.

The Axim Coastal Protection project started in September 2018 after President Akufo-Addo cut the sod for its commencement, and is scheduled to be completed in 48 months.

The purpose of the project, among other things, is to protect the community from the continued effects of tidal waves and aid the development of beaches for the enhancement of recreational and fishing activities and the reclamation of land for the development of tourist facilities. 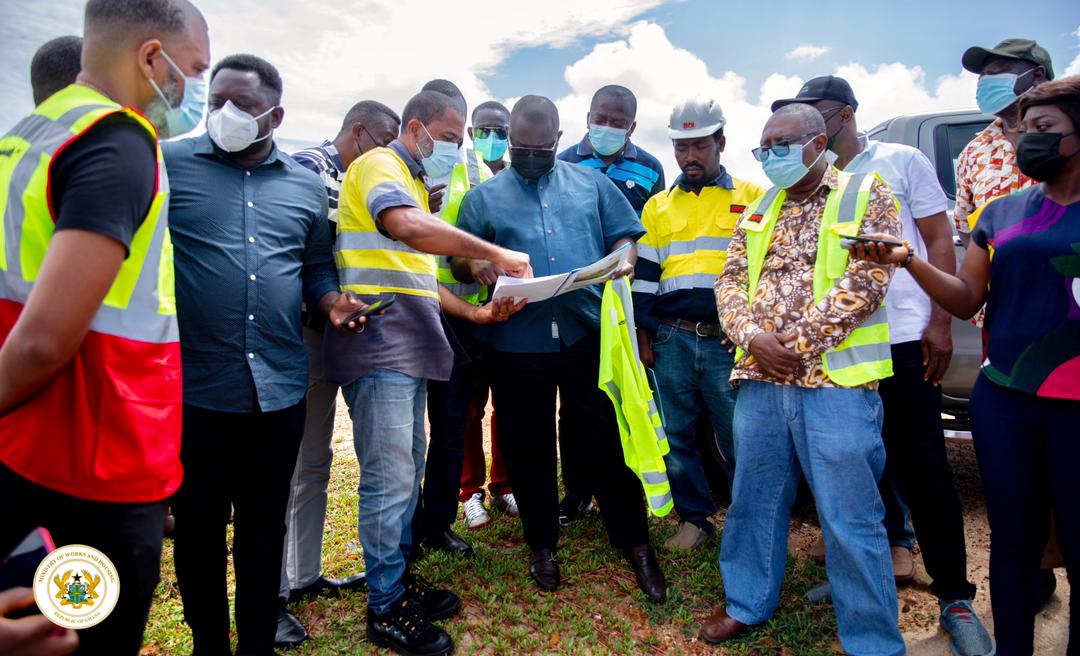 In his remarks, Mr. Asenso-Boakye said, “government will continue to do all it can to protect communities along the coastlines from the devastating effects of tidal waves.”

“I remember when the then-presidential candidate of the New Patriotic Party, Nana Akufo-Addo, visited Axim in 2016, he made a promise to Awulae and the people of Axim that, if voted into office, he will prioritise the construction of a sea defence wall for the benefit of the community,” Mr. Asenso-Boakye added. 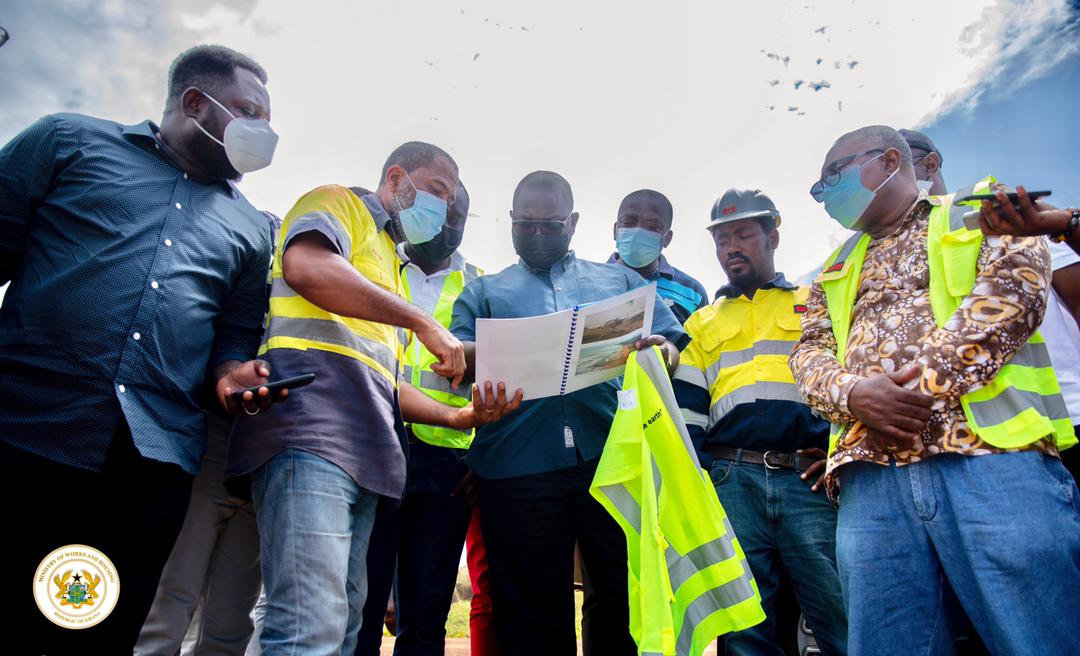 The Minister concluded that “As Minister for Works and Housing, I am excited to witness the fulfillment of this great promise. This goes to demonstrate that the President is a man of his words. I can therefore say that President Akufo-Addo is fixing Ghana; one project at a time.”