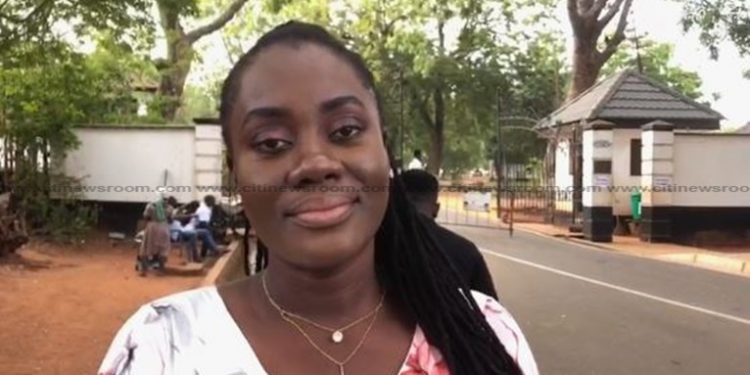 Maanaa Myers, the mother of one of the students initially rejected by Achimota School due to his dreadlocks which is a symbol of his Rastafarian religion, says she can now heave a sigh of relief because her son has finally enrolled in the school.

Her solace comes after her son, Oheneba Nkrabea, joined his colleagues in the classroom on Thursday, June 3, 2021, amidst loud cheers from some students, days after a High court ordered the school to admit him and another person, Tyrone Marhguy.

Nkrabea’s admission follows a High Court judgment on a suit filed by the student to protest the refusal of the school to admit him.

Citi News‘ visit to the school on Thursday, June 3, 2021, confirmed that the student had reported to the school and completed the admission process.

The parents of the boy arrived at the school early on Thursday morning and submitted the completed admission forms to the school authorities.

Oheneba has since been assigned a General Arts class and has begun his academic work. His mother, Maanaa Myers, said she is happy with how her son was received, contrary to the fears that the school might be hostile.

“We passed by some dormitories where the students were screaming and hailing us. It was assuring because we were a bit apprehensive. Even the students are in support of him. The school chaplain approached us and asked that we go to the administration. There, the day students’ girls perfect also approached us.”

“That was when everything changed, she came in warm, introduced herself, and told Oheneba that he was going to be her school son and make sure he is comfortable on campus.”

“I just got relieved and felt comfortable that he was safe because we also met a teacher who has been protective of him since the first day. We met him today [Thursday], and he ushered him into the classroom. So far I feel okay with the warm reception we received,” the mother expressed.

Students drag Achimota to court; judge rules in their favour