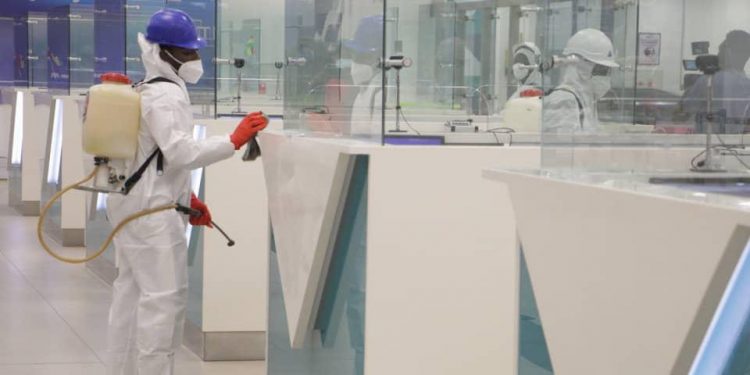 The Manager of the Vector Control Unit of Zoomlion, Rev Ebenezer Kwame Addae, has underscored the need for a massive disinfection across all public places in Ghana in the wake of the third wave of COVID-19 infections.

He explained that such an exercise was necessary to help mitigate the spike in infections. 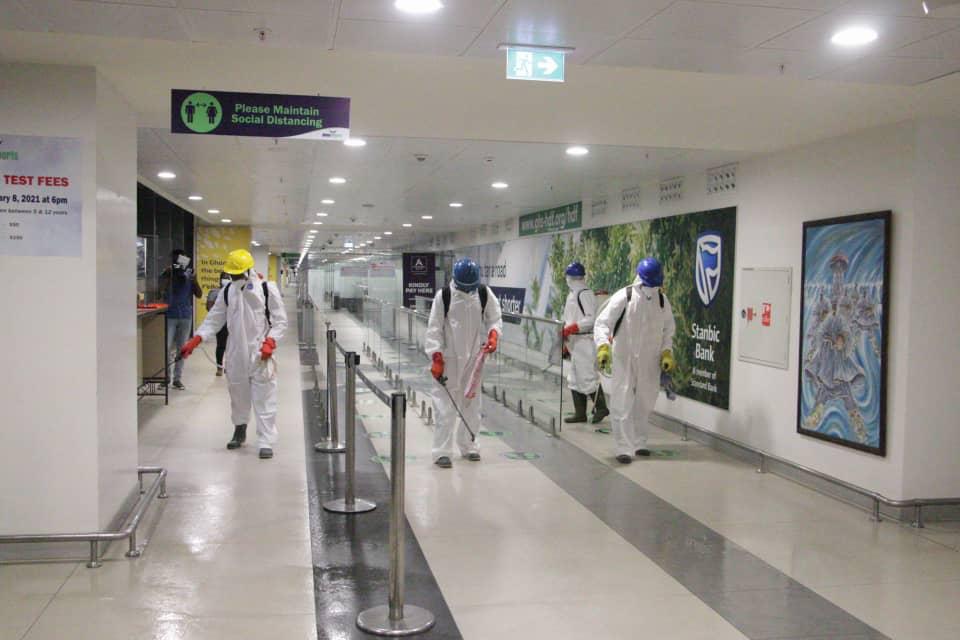 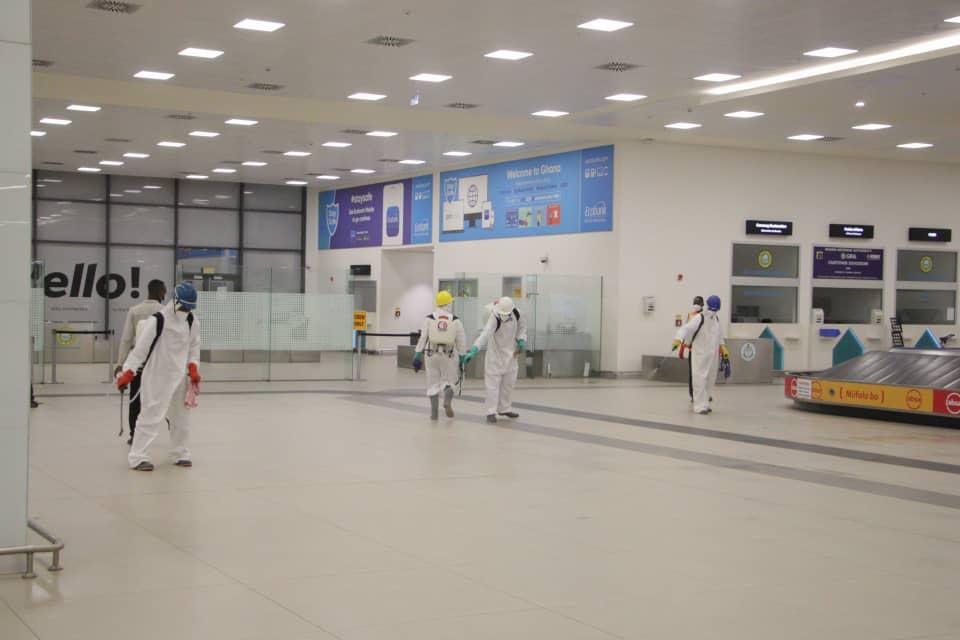 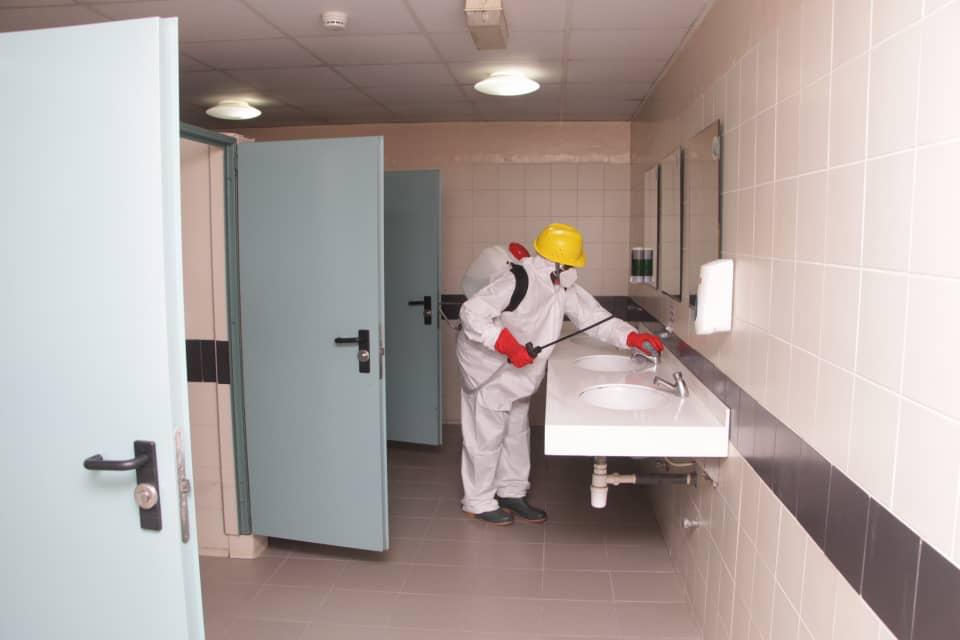 Health professionals believe the current spike in recorded COVID-19 cases has to do with the highly transmissible delta variant.

He noted that nationwide massive disinfection of all public places will complement the government’s efforts in halting any further surge in the rate of infections.

Rev. Addae made the call on Wednesday, July 28, 2021, during the scheduled monthly disinfection of the Kotoka International Airport (KIA). 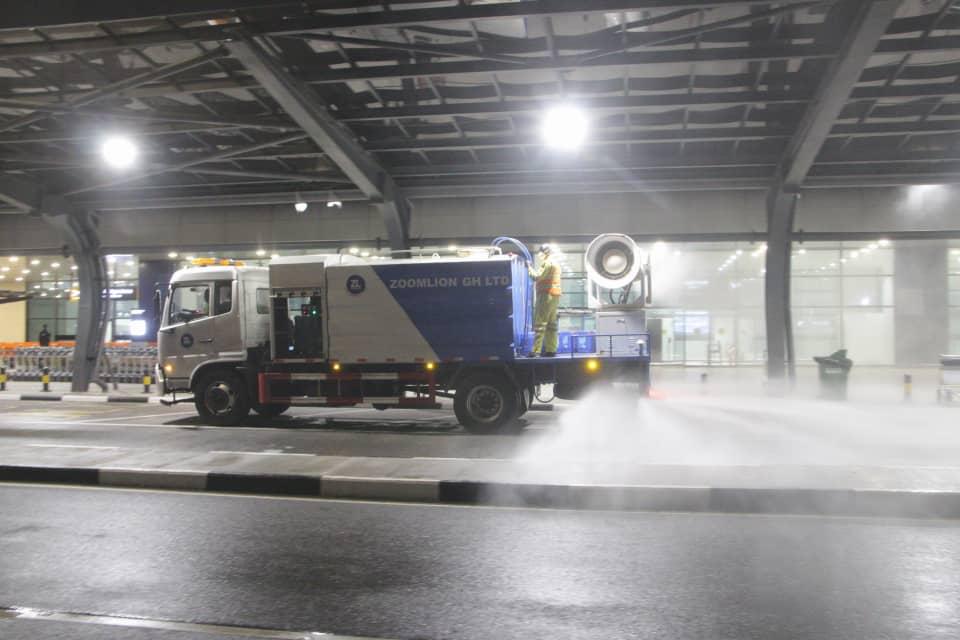 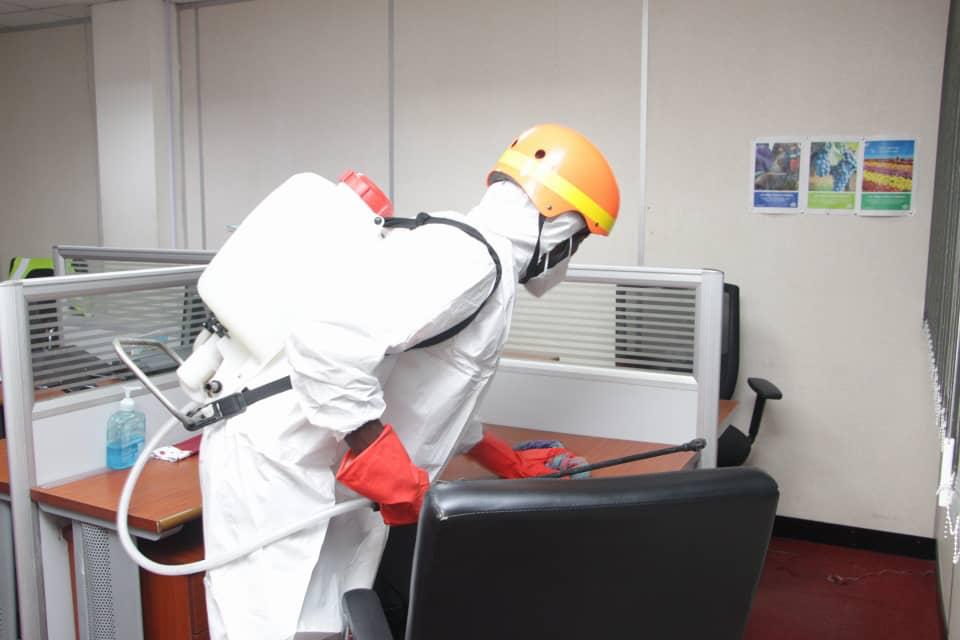 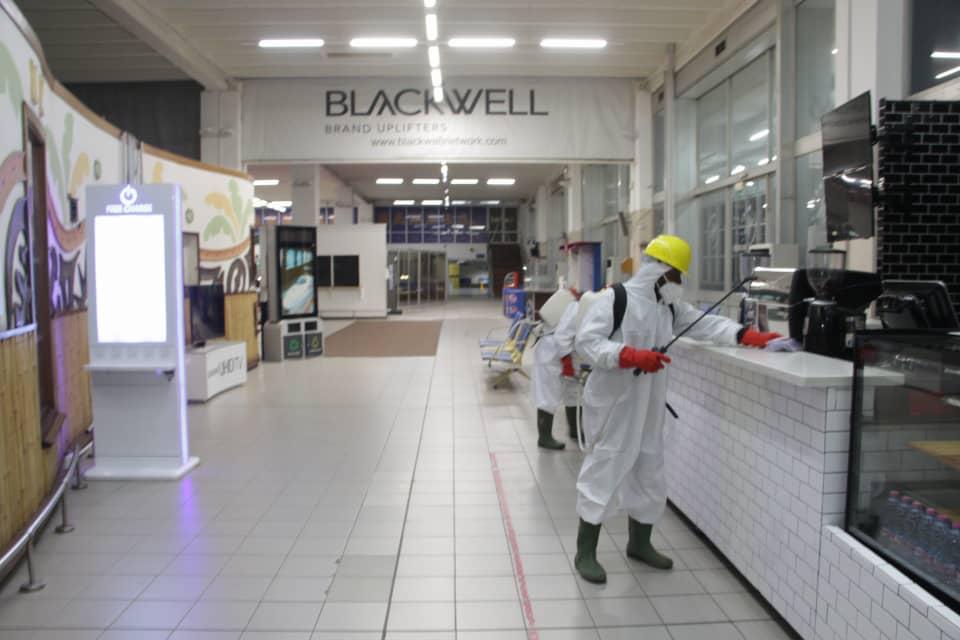 According to him, aside from strictly adhering to the safety protocols, which he said was personal, massive nationwide disinfection of public places would augment the safety of the nation.

With regard to the potency of the chemicals used to combat the delta variant, he disclosed that his outfit currently uses a chemical that contains hydrogen peroxide properties.

He further explained that the company had not settled on one particular chemical, but all chemicals prescribed by the World Health Organisation (WHO) as potent enough to combat the virus.

“Due to the severity of the delta virus, we use chemicals which can combat the virus. We started with Hypo Chlorine, viral oxy, one drop plus. All of these are strong, but we change as and when the virus changes,” Rev Addae said.

On the use of hydrogen peroxide, he explained that it has a residual effect that enables it last for six months or more, rather than the earlier hypo chloride. 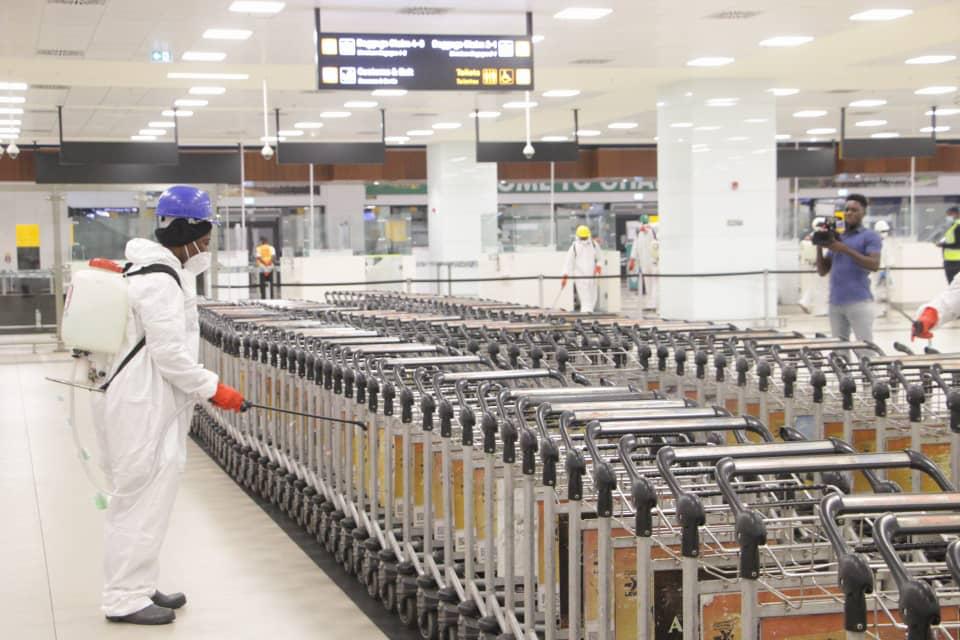 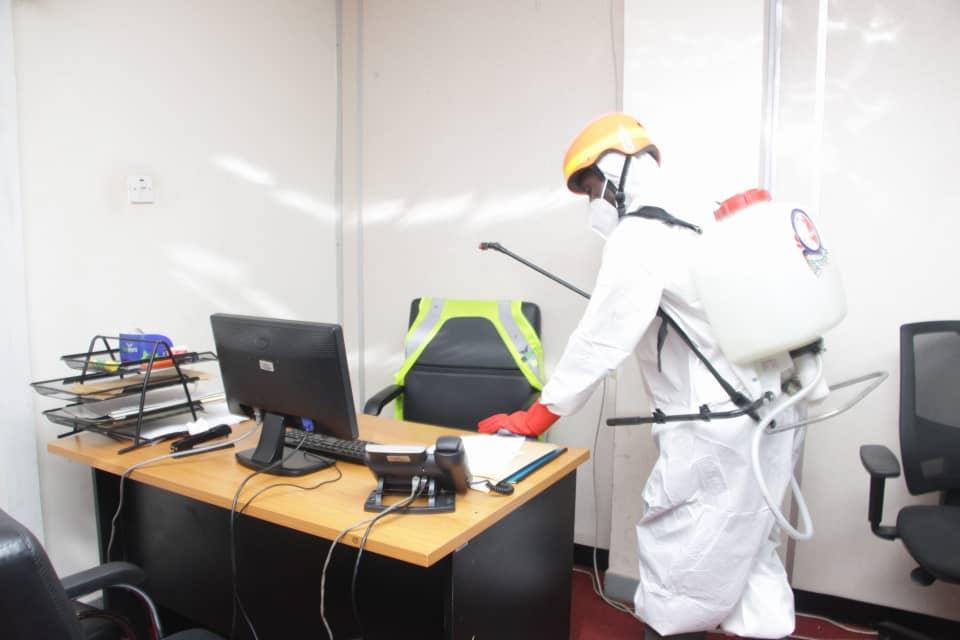 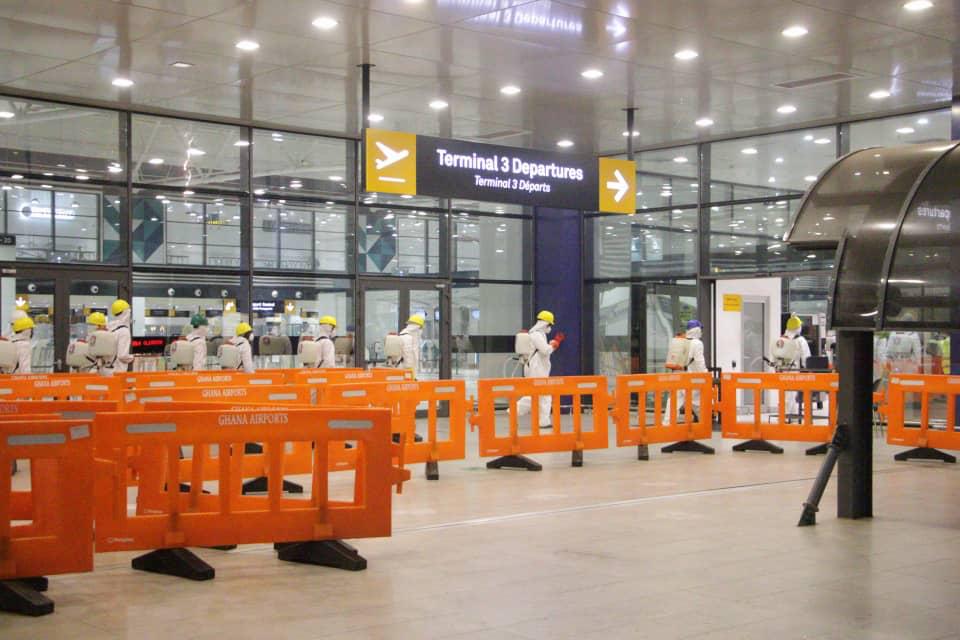 The sprayers from Zoomlion carefully disinfected terminals 1, 2, and 3 with a particular focus on door handles, touchable surfaces as a measure of containing the spread of the disease

The exercise, which was strategically scheduled, commenced at 10:00 p.m, on Tuesday, July 27, 2021, which saw the team of sprayers use knapsack sprayers to get rid of all possible disease-causing deadly viruses.

At the terminal 1, 2 and 3, while some the team of sprayers took turns to disinfect the ground, chairs, and tables, others dusted surfaces of machines and devices at the airport. 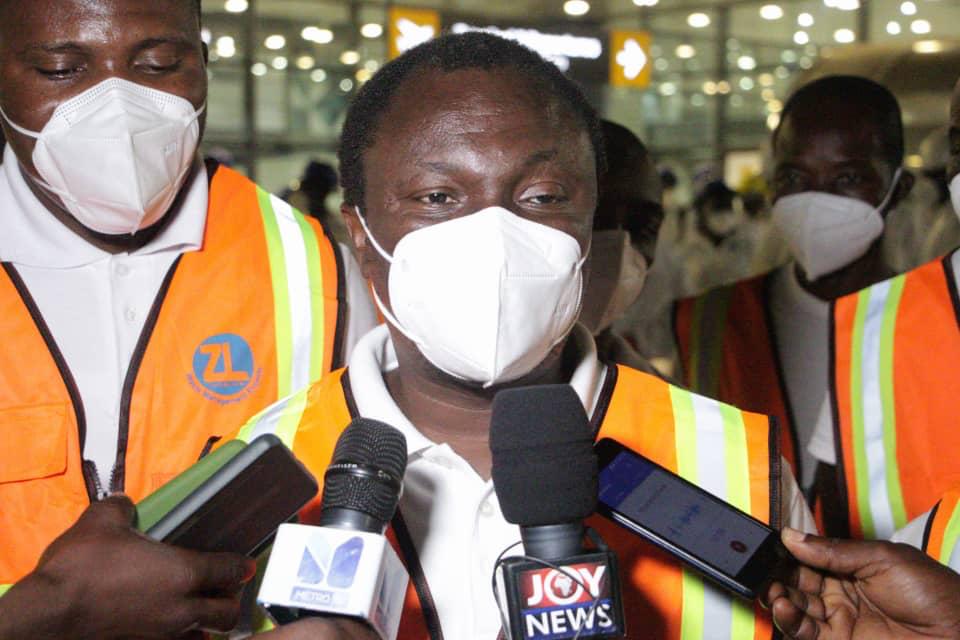 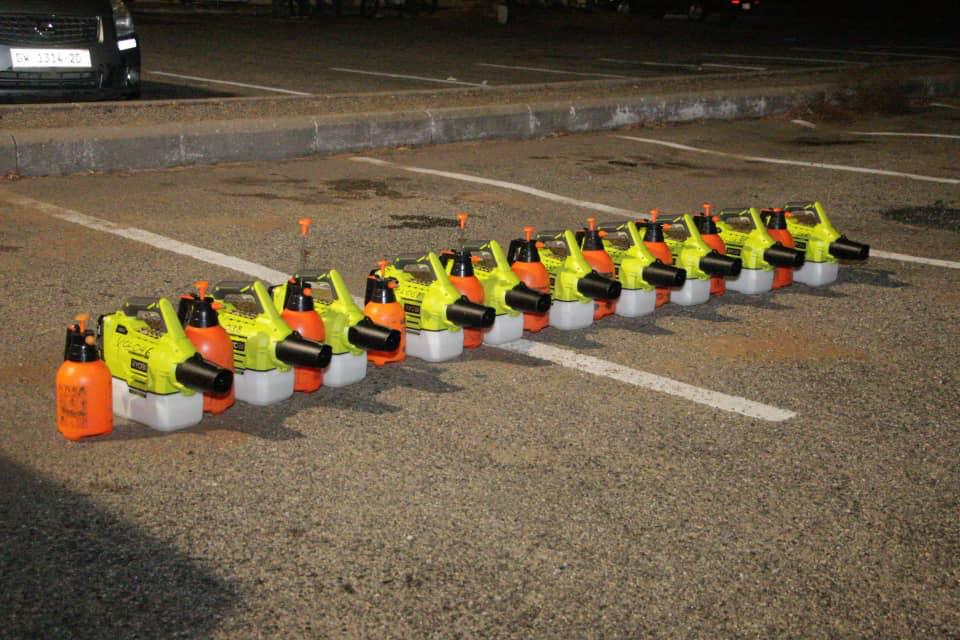 Open spaces of the KIA were also not left out. With the help of an atomiser, the airport environment was thoroughly disinfected to ensure the safety of both airport staff members and passengers.

Places disinfected included departure and arrival halls, washrooms, amongst others.