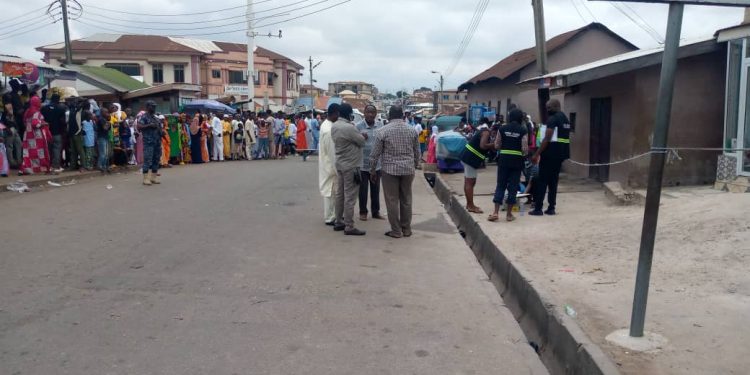 Hannatu Awal, the mother of the -boy who died at Aboabo Number Two after being hit by a stray bullet, is seeking justice for his son.

The deceased, 16-year-old Abdul-Gafar Kassim met his untimely death on Tuesday, July 20, 2021, after he was initially admitted to the Manhyia Government Hospital after the incident.

He passed on shortly after the admission and was buried immediately in accordance with Islamic customs.

The stray bullet hit the young boy and another person after some youth brandished pistols and fired warning shots during Eid-ul Adha celebrations at Aboabo Number Two in the Asokore Mampong Municipality of the Ashanti Region.

But a day after the incident, the mother of the deceased said the sudden demise of her son has left her with unforgettable memories of the deceased, she described as calm.

“There is no way I will forget about my son. His memories will remain with me forever,” the bereaved mother said.

Hannatu Awal is also demanding that the perpetrators of the shooting are found and dealt with according to law.

“My prayer is that the perpetrator of this act is found and be made to face the law. The person who committed this act knows very well it is a crime, that is why he ran away. I know that person has gone into hiding, but I have the firm belief that God will expose him.”

“If that person is found, I am sure he will be asked why he killed my son, and if he has been contracted to do so, all that will be known,” she added.

Meanwhile, two persons have been picked up by the police in connection with the incident.

The two include an owner of a boutique located close to the area where the incident took place and one other person who sustained injuries.