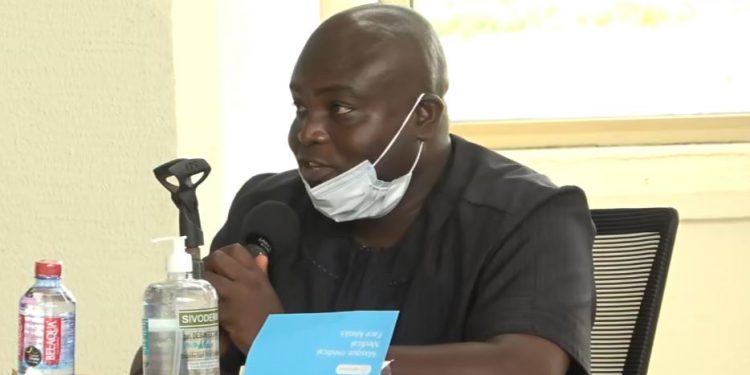 The Municipal Chief Executive of the Ejura Sekyedumase Assembly in the Ashanti Region, Mohammed Salisu Bamba, has denied having any personal relationship with two suspects currently in police custody over the killing of social activist, Ibrahim Muhammed, also known as Kaaka Macho.

Ibrahim Isaka and Fuseini Alhassan, who are both suspects in the crime, are said to be the bodyguards of Mr. Mohammed Bamba.

But the MCE, in giving his testimony on the accounts of the violence recorded in the area last week, said the claims are false, and that they were being perpetrated by some faceless persons who wanted to directly link him to the unfortunate killing of the social activist.

Mohammed Bamba told the Committee that he only knows the two suspects as polling station executives of the New Patriotic Party (NPP) in the area who participate in party activities, but has no direct relationship with them.

‘Ejura youth were incited against me and the police’

The MCE further told the 3-member committee probing the Ejura disturbances that the youth in the area were incited against him and the police, hence the ensuing violence.

He said he was cautioned against returning to the municipality due to the situation, and that his presence would have made the events of the day worse.

“So far, I have not received any news on those behind Kaaka’s death, but what I can say is that some faceless individuals are trying to use his death for their own parochial interest. What I also want to add is that the whole protest that led to the death of two other individuals cannot be looked at in isolation. Some of the interviews that I have listened to point to the fact that the youth and the community were actually polarized against the police and the political heads before the day of the incident.”