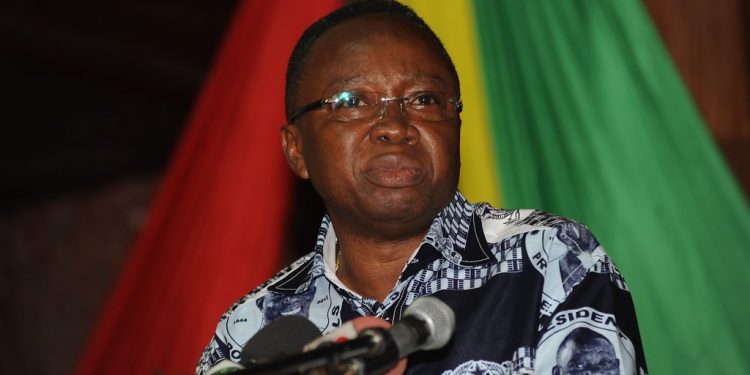 Like many Ghanaians, the events in Ejura in the Ashanti Region this week have left me shocked, saddened and greatly concerned about the present state of affairs in our country.

The murder of Ibrahim ‘Kaaka’ Mohammed is a stain on the moral conscience of this country, as is the shooting of unarmed members of his community by supposed military personnel. In both instances, the victims demanded no more than justice and accountability. And in both instances, their legitimate demands were met with lethal violence by the State and its acolytes that cost four lives in as many days.

These crimes highlight, yet again, the increasing reliance on violence and brute force as a first resort on the part of this administration, as if we have learnt nothing from aspects of our past, we would rather not see repeated.

Unfortunately, the latest violence is abetted by the same toxic combination of political intolerance, pervasive impunity, and fundamental dishonesty that was responsible for the maiming at Ayawaso West Wuogon and the killings at Techiman South.

The lynching of Ibrahim ‘Kaaka’ Mohammed, and the use of live ammunition on protesters demanding justice for his death, are but the latest examples of the notable escalation in political thuggery.

The violence at Ejura is made more concerning by its timing. It is plainly evident that the mood in the country at this time is one of great tension. The harsh economic realities of the moment, colossal judgement debts etc. are suffocating most households, worsening the already disturbing inequality in our society, and testing the limits of our collective endurance. For many young people, their anxiety about their prospects has morphed into anger, and their mood now is disturbingly close to rage.

And yet, legitimate and admirable efforts to register their displeasure in the form of the peaceful #FixTheCountry protests are being unwisely and intentionally frustrated by the State in one of the more farcical displays of bare-faced hypocrisy in recent times. This paints a picture of a government that is more concerned with its image and hold on power than by the embers emanating from the current national mood. The Akufo-Addo administration must be careful not to pour fuel on those sparks, for we may not be able to contain the inferno.

This administration appears to be walking through a minefield with blinders on. It must overcome this political myopia and see the risks and stakes for how high they are. The Akufo-Addo government must start to show genuine empathy and concern for the frustrations of the youth and engage them in more serious and sincere ways.

This generation will not be tamed into obedience. When our young people tire of being brutalized while peacefully demanding justice and accountability, they may resort to extremist measures or settle for vengeance. Either way, we will all be worse off.

The national situation is getting more intense by the day and we must not choose the path of casual indifference. As Theodore Roosevelt once said: ‘Justice consists not in being neutral between right and wrong but finding out the right and upholding it wherever found against the wrong’.

The President cannot hide behind perfunctory statements. He must show leadership and prove his sincerity by his actions. The scenes we witnessed on live television demand complete transparency and full accountability in the form of a credible investigation that the Ghanaian public can support and believe in. A mere Ministerial inquiry does not meet the mark, as confidence in same is undermined by this administration’s nonchalant approach to past enquiries of that nature and subsequent refusal to accept, let alone implement, recommendations as was the case with the Emile Short Commission findings.

I join the many others before me in sending heartfelt condolences to the victims in Ejura, their families, and the entire community. I join in calls for restraint in the hope that justice will be done this time, because we cannot afford otherwise. Wisdom must prevail in this moment to keep the guardrails of our democracy from buckling beyond repair. The national interest must prevail over the parochial.