CSOs haven’t been fair to us; they must seek answers on AGM-Aker Energy deal – KK Sarpong 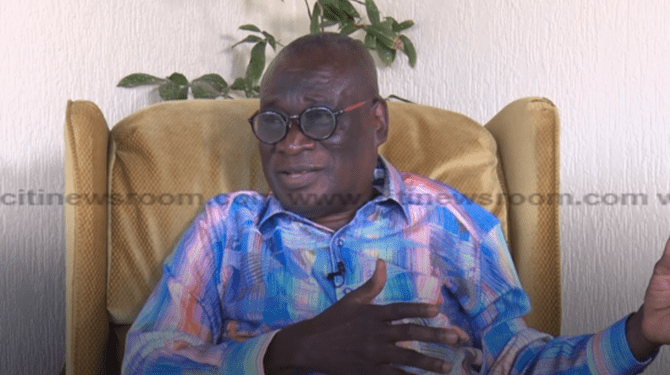 The Ghana National Petroleum Corporation has not taken it lightly with some Civil Society Organizations (CSOs) over what he says is their badmouthing of the GNPC’s proposed oil deal with Aker Energy and AGM.

Its Chief Executive Officer (CEO), Dr. Kofi Koduah Sarpong contends that, instead of the civil groups asking relevant questions about the agreement, they have rather resorted to what he terms as ‘wild comments’ seeking to disrupt processes to have the contract sealed.

His comments are in reaction to what appears to be a rigmarole against GNPC’s quest to acquire stakes in Aker Energy and AGM Petroleum Ghana oil blocs.

15 CSOs working in the extractive industry have petitioned Parliament to stop GNPC from going ahead with the agreement, citing economic and fiscal misfortunes on the country as reasons.

However, the GNPC Head believes the groups are completely being misguided because their concerns are borne out of the lack of facts and real-time information and that they must avail themselves to be thoroughly briefed on the arrangement going forward.

“When this conversation started, people have made wild comments. My style is not to respond to rabble-rousers. I do not do that. I have better things to respond to. Some of the CSOs have spoken to us. But they are divided, and it’s a mockery.”

“Some are hired by other people just to destroy what we want to do. But the discerning ones among them have been to us. The good book tells us to ask, seek and knock [and you shall find]. They are not doing it, but set their own questions and provide their own answers. It is very unfair to professionals like us”, Dr.  Sarpong said on the Point of View on Citi TV.

The move when finalized will mean GNPC will possess significant stakes in the offshore oil blocs, with Ghana’s shares in Aker Energy increasing to 47% while that in AGM blocs goes up to 85%.

But the CSOs make a point that although the contract to give GNPC more oil stakes is in order, the value at which the deal is being reached must be looked at again because it’s being overpriced.

Dr. Sarpong says there is no cause for alarm over the pricing because that has not been finalized.

“We are not buying the two blocs at US$ 1.3 billion. We have not said so. What the Minister requested was the mandate that he can go and negotiate within that limit. But parliament after consideration said it will give a limit of US$ 1.1 billion for acquisition. Even that is not conclusive; maybe they can beat it and see if people will play ball. ”

“That perception that a price has been determined is erroneous. If you bring two experts to value the two blocs, I will be very surprised that you will get the same figure. Unless their assumptions are the same. I engaged Lambert. Some can engage Bank of America, HSBC but the question is what are the assumptions underlying these valuations. These evaluations are to help us get the acquisition price.”