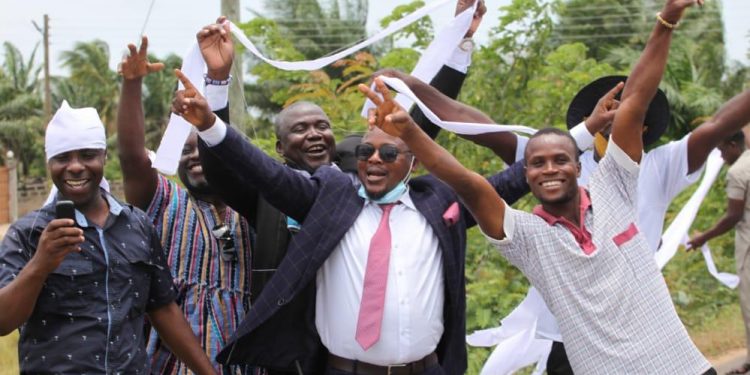 The Tema High Court has ruled in favour of George A. Akwerh, the head of the Akwerh family of Hwakpo, who was seeking an order to possess a vast plot of land bordering the four cardinals at Hwakpo in the Dangme East District of the Greater Accra Region.

The court presided over by Her Ladyship Mrs. Elizabeth Ankumah J., gave its judgment, giving the reliefs the plaintiff sought on May 28, 2021.

“Recover of possession of plot of land situated and lying at Hwakpo Ada, a perpetual injunction restraining the defendants and any other persons from entering or interfering with the said property, an order ejecting the defendants from the property immediately and cost.”

The Court, on paragraph 17, where the judgment begins, partly said: “However, no evidence was led to establish the fact that the defendants disposed the plaintiff family from the disputed land and then possessed it for over 12 years. The 1st, 3rd, 4th, 7th, 8th and 10th defendants’ counterclaim fails.”

The 18-page judicial document was certified by the Registrar of the Land Division of the Tema High Court.

Jinapor swears in Lands Ministry’s Advisory Board; charges them to help ‘galamsey’ fight