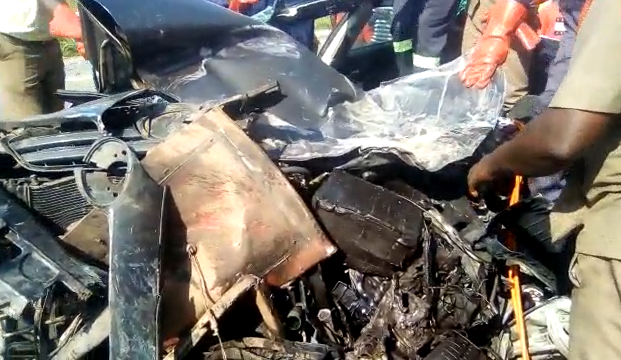 One person has been confirmed dead, while ten others have sustained various degrees of injury after a Metro Mass Transit bus collided with a Toyota Corolla car on the Accra-Cape Coast road on Saturday, September 11, 2021.

Eyewitnesses say the Toyota Corolla made a wrong overtaking in a sharp curve and collided with the Metro Mass Transit bus.

“Our driver really tried his best to avoid the Corolla, but it was quite impossible. If not for the Metro Mass Transit bus, we would have all died.”

“My friends and I were seated here when the incident happened. We realised the Corolla was speeding. So when it made the sharp curve, it could not apply the brake on time.” 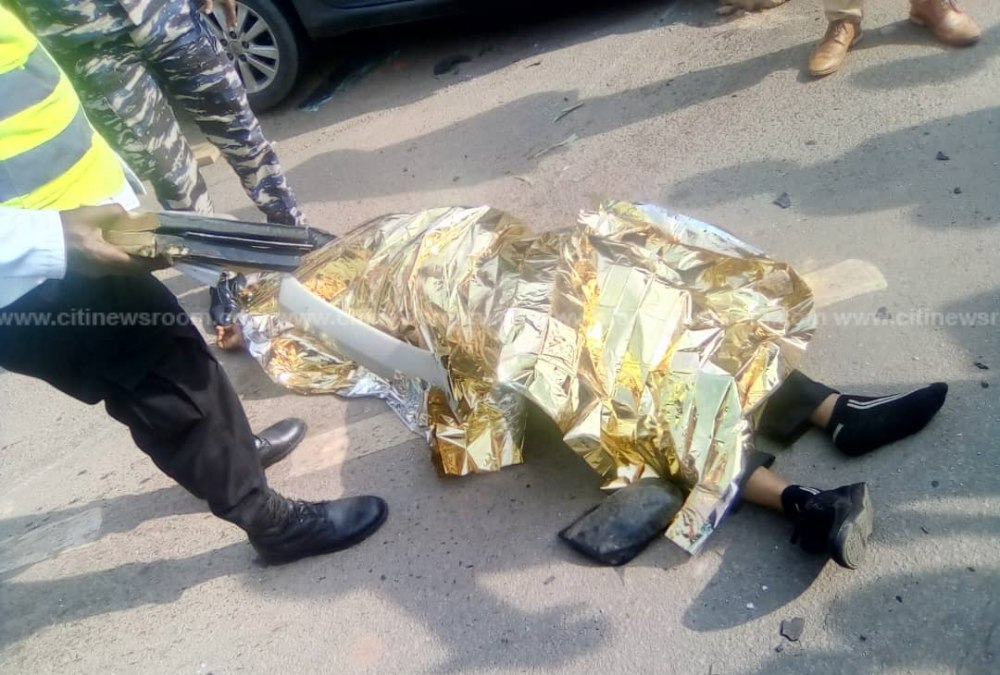 Citi News understands the driver of the saloon car died instantly after the crash, while ten passengers in the Metro Mass Transit bus sustained various injuries.

The injured persons are receiving treatment at the Mankessim Roman Catholic Hospital, while the body of the deceased has been deposited at Saltpond mortuary for preservation and autopsy.