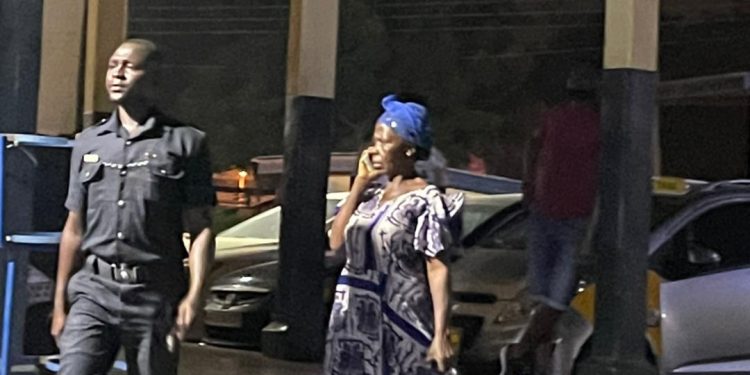 The Mother of the woman at the centre of the alleged fake kidnapping and pregnancy case, Agnes Essel, has been released after her detention by the police.

She spent Thursday night in police cells in Takoradi before her release on Friday evening.

Josephine Panyin Mensah, her daughter, is however still in detention, according to Citi News sources.

Agnes Essel’s release follows a claim by the Police that Josephine had confessed that she was neither kidnapped nor pregnant.

“The suspect, Josephine Panyin Mensah, 28, has confessed to the Police during further investigations and stated that neither was she pregnant nor ever being kidnapped. The public will be updated with further details,” police said in the statement.

Earlier reports had said Josephine was kidnapped during a dawn walk.

When she was found in Axim, several miles away from Takoradi where she disappeared, she was mute, unkempt and without any sign of the said pregnancy.

Claims that she delivered on the same day she was allegedly kidnapped and the baby taken away by the kidnappers have been put under scrutiny with the Western Regional Minister, Kwabena Okyere Darko-Mensah stating on Wednesday, September 22 that the said pregnancy was fake.

However some members of the public, including Josephine Panyin Mensah’s family and neighbours had insisted she was pregnant at the time of her disappearance.