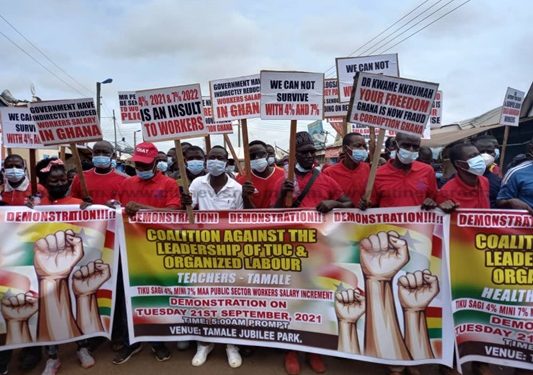 A group calling itself Coalition Against Leadership of the Trades Union Congress (TUC) and Organized Labour has taken to the streets in Tamale to demonstrate against the four and seven percent salary increments for 2021 and 2022 respectively.

Sometime this year, the TUC agreed on the said base pay increments for public sector workers, as part of labour negotiations with the government.

However, after the agreement, the members of the labour unions have expressed their disappointment at the percentage increase, saying it is too small. 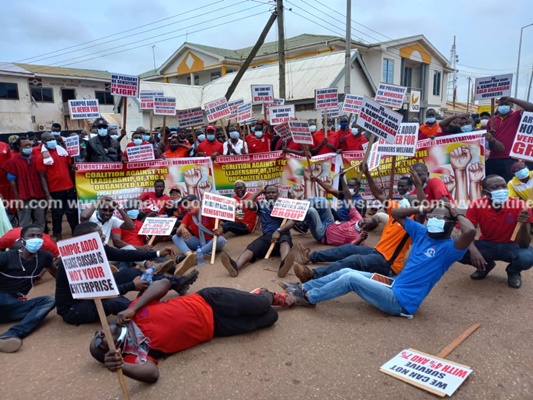 In this regard, the coalition made up of public sector workers today, Tuesday, September 21, 2021, protested on the principal streets of Tamale to express their angst and demand an upward review of public sector salaries.

They insisted that, the four and seven percent increment is woefully inadequate for their survival, considering the current economic hardship. 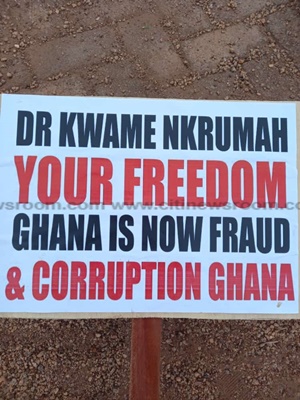 Executive Secretary for the Coalition, Azubila Salam Emmanuel who spoke Citi News said leadership of TUC has failed them.

“All that we are saying is that we cannot survive with the four percent salary increment and seven percent for next year. Our leaders at the TUC and CLOGSAG have failed us. They went to the Tripartite Committee to negotiate on our behalf. This is very inhumane treatment of public sector workers. And as workers, we will not sit down for three people to decide our fate for us”. 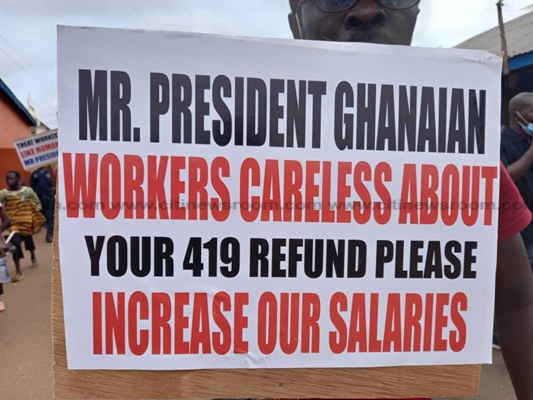 “This is why we are demonstrating to tell the government that they cannot be insensitive to the people working for them. We are suffering and are in debt, so we can’t survive with this low increment. They should increase it, or this labour agitation will continue till things change for us.” 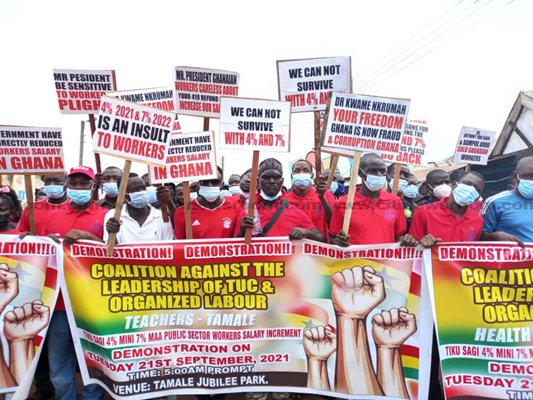 Some of the demonstrators also expressed their frustrations about the increment.

On Wednesday, August 18, 2021, a similar demonstration was held by the group in Accra to drum home their demands against the base pay increase. 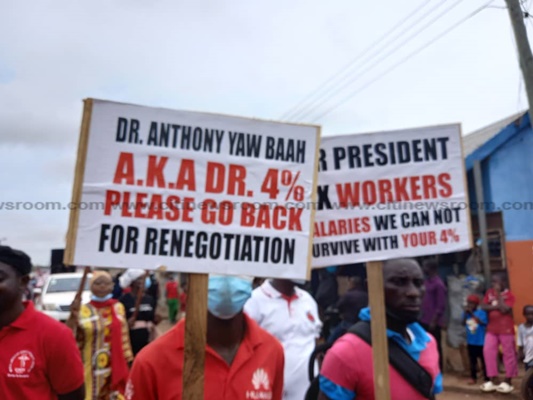 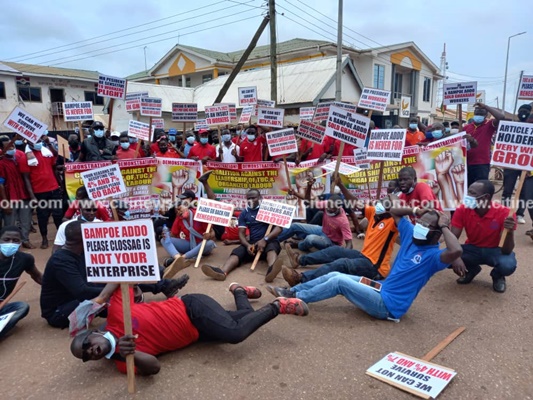 The group laments that the leadership of TUC, which is supposed to seek the interest of Ghanaian workers, has instead become a mouthpiece for the government.

They want public sector salaries to be increased by 25% instead. 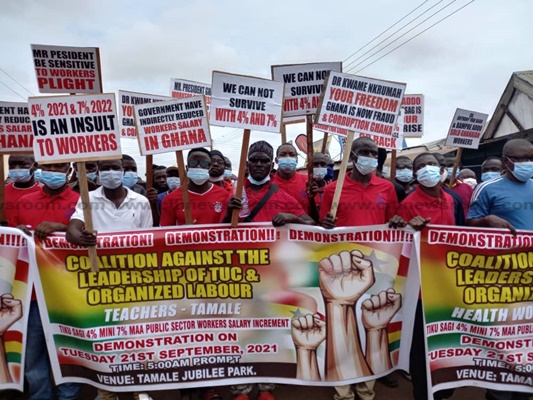