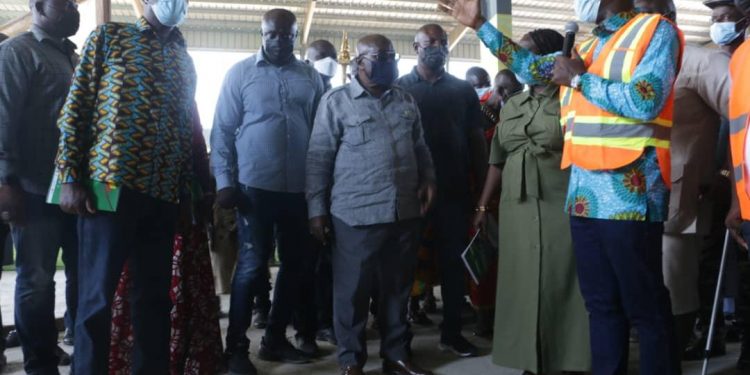 President Nana Addo Dankwa Akufo-Addo has expressed satisfaction with ongoing work so far on the construction of the state-of-the-art Integrated Recycling Compost Plant (IRECOP) at Dambai, the regional capital of Oti Region.

After visiting the waste treatment plant on Thursday, September 9, 2021, the President said he was satisfied with the level of work so far.

The President was taken around the facility for him to see the various phases of work on the waste treatment plant. 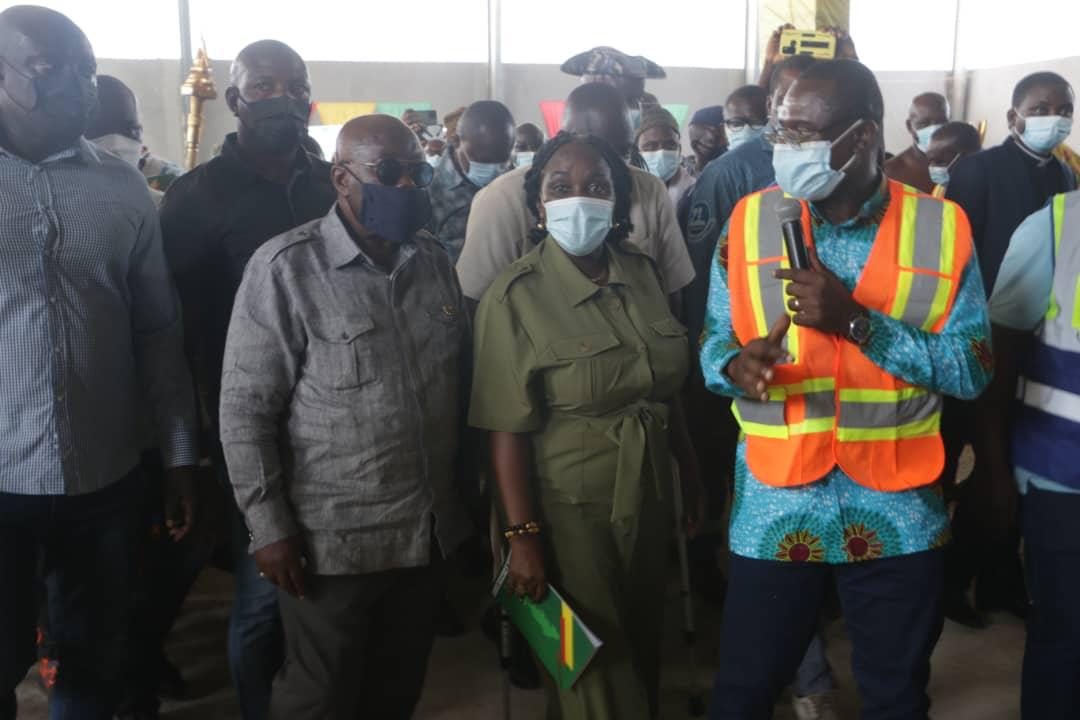 The Oti waste treatment facility project is a collaboration between the government and the private sector, led by Jospong Group of Companies (JGC).

Briefing the President, the contractor disclosed that about 80% of the work has been done, adding that the facility will be completed by the end of the year.

According to the contractor, the ongoing construction works have created 2,000 indirect jobs for the youth in the community, and it is expected that upon completion, it will employ 150 people. 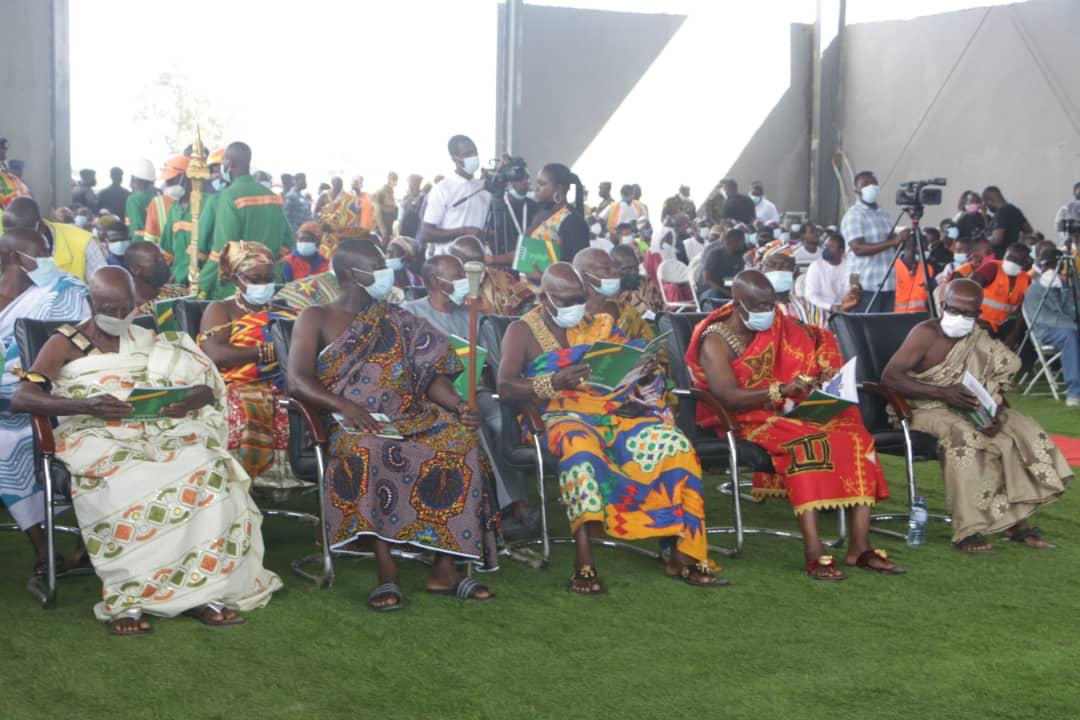 The Minister for Sanitation and Water Resources, Mrs. Cecilia Abena Dapaah, explained that the President’s visit was to afford him the opportunity to see for himself the progress of work.

According to her, the facility, when completed, will put an end to the numerous refuse dumps scattered in the region.

“The Oti IRECOP will not only receive solid waste from various municipalities in the region, but will equally turn waste into usable products for the benefit of the good people of Oti,” she stated.

The Sanitation Minister noted further that the plant will ensure sanity in the environs of communities in the region.

President Akufo-Addo, Mrs. Dapaah intimated, was very particular about the health of Ghanaians, stressing that, that explains the various projects being undertaken by his government in the water and sanitation space.

To this end, she challenged other private sector players in the sanitation sector who have an interest in undertaking such projects to come on board, maintaining that “my ministry’s doors are always open every time.”

For his part, the Executive Chairman of JGC, Dr. Joseph Siaw Agyepong, commended the President for creating an enabling environment for private sector players in the sanitation sector to contribute their quota to the development of the country.